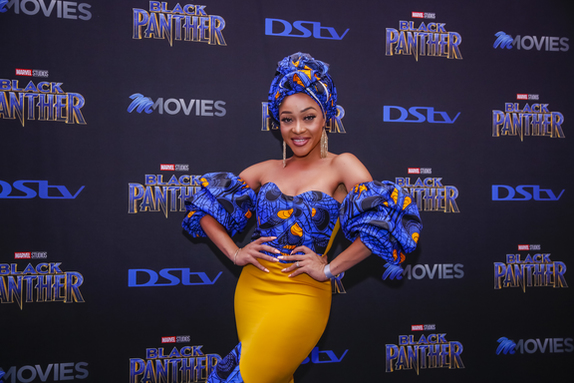 Thando Thabethe has rushed to actress Pearl Thusi's defence after some Twitter users criticised her appointment as roast master for AKA's Comedy Central roast next month.

Pearl was earlier this week unveiled as the host of the show, making history in the process as the first female roast master in Africa.

And while the streets were filled with congratulatory messages, some questioned why producers kept using the same talent over and over again.

They asked why others were not given a chance to shine.

So Pearl Thusi will be the roast master on the upcoming Roast of AKA? So disappointed with ComedyCentralSA. Why does everything have to be about handing gigs to "It Girls"
Pearl is not funny at all. Her million followers on Twitter are the only reason why she was chosen to host.

While Pearl has ignored the hate, her friend Thando Thabethe was watching and decided to give the haters a piece of her mind.

In a series of tweets on Wednesday morning the former Generations: The Legacy star went into dragon slayer mode and told people to get off Twitter and start grinding.

Enough of this!!! How does it make sense to anyone that because you’ve worked to a certain point no more must come your way???!!! Let’s get off Twitter and grind!!! Instead of being so concerned about others’ grind https://t.co/SXfr4hZDxF

Thando went on to slam the 'entitled generation' for expecting gigs to fall into their laps and made it clear that she still auditioned for gigs.

I normally don’t get involved in this stuff but can we not be an entitled generation waiting like “it’s my turn now” ...GET IT!!! It’s not coming to you!!!

I will be damned before I’m told to open up the industry!!! Open it up for yourself like all of us did!!! To this day...I audition!!! I’ve worked very hard to get where I am...and I’m only just getting started

I auditioned countless of times for #HousekeepersMzansi ‼️‼️‼️ get off twitter amd rather use that data for something towards your goals https://t.co/4br6fWDK7E

So as a working artist what then do I do? Must I not audition for a job to give way to someone who is trying to get in? https://t.co/grBxpz6FAs

Sis also pointed out that the calls for female stars to open the industry were louder than for their male counterparts.

It’s also so damn funny that most of this is pointed at the very hard working so called “it girls” working their damn asses off!!! When the “it boys” that no one labels diversify no one complains

But one person who is all about that #OpenTheIndustry vibes is Gigi Lamayne.

The rapper is throwing a massive concert soon and is looking for upcoming artists to put on at the event.

Also I’m opening up the industry for this one. So as much as we have some of your favourite acts, I’ll be looking for upcoming artists right here on social media for the next three months. #GigiGangShow