Happy days as you get wild and wet 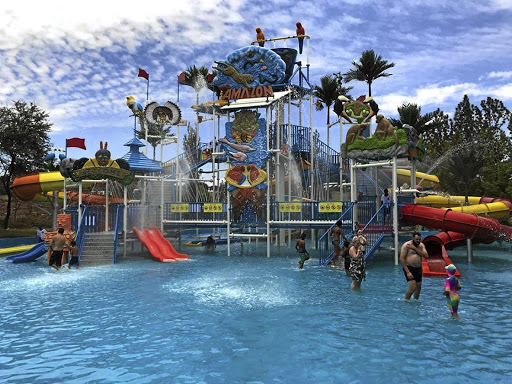 The park is aiming to be the biggest games and water theme park in Africa.
Image: Supplied

It was not the best weather to explore Happy Island Waterworld when I stumbled upon this gem during the holiday season.

A gentle summer rain wanted to spoil all the fun, but for many who had come to check out this water theme park a day after it opened on December 28, we were not going to let a little rain stand in the way of exploring some of the thrilling water slides and tubes.

Situated in Muldersdrift, off Beyers Naude Drive, the park is easily accessible. And R199 per adult and R99 per child buys you the privilege of making a big splish-splash for the day as you try out the different rides.

After trying one of these fun rides at another theme park a few years ago that turned out really bad for me, I knew at Happy Island that I was more of an ideal customer for gentler attractions such as the lazy river. I was also looking forward to the wave pool that can make Gautengers like us pretend that we are at the beach.

After buying your ticket at the theme park, you can hire a locker for R20 a day, and have a compulsory shower before you go and try out any of the slides. Marketing manager Alexa Jooste took us on a tour of the park. 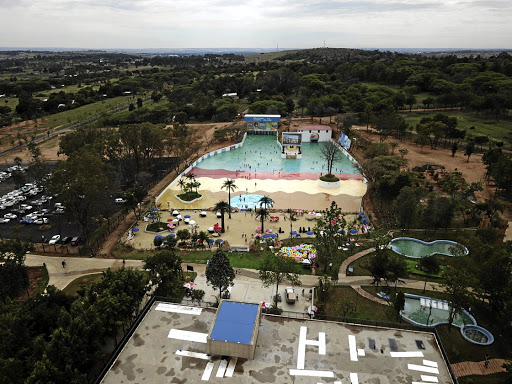 The Typhoon tube ride spits you out into a shallow pool.
Image: Supplied

Some slides shaped like big snakes looked familiar, others looked more intricate. The pride of the park is a water ride called The Typhoon, which Jooste told us was designed by Chinese co-owner who only prefers to be called Mr Yi. Back in China he owns a business developing and manufacturing theme park rides and games. His local partner is Tim Hogins.

The Typhoon basically sucks you into a big orange and yellow dome that spins your tube in circles and in waves until it spits you out at the tail end in a shallow pool. On the second day of the park's operation, admittedly with the rain also insisting on making an appearance, it was not full. This meant visitors had a field day using all the rides without queueing. One man had The Typhoon on repeat in his mind as every time I passed the ride, he was either running up the ramp to catch the next ride or sliding out of it with much delight.

The theme park has various sections of water slides suitable for all ages. There is a small kids spray garden with giant plastic animals where toddlers can run around or climb various animals as water splashes all over them. There are rides for young kids and other adrenalin fuelled rides that have an age or height limit. 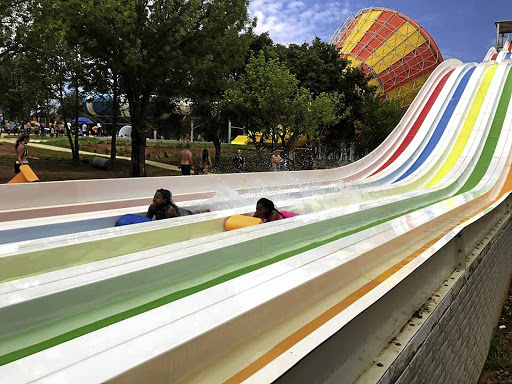 Visitors are spoilt for choice with the different rides.
Image: Supplied

Instead of one big wave pool that we are all familiar with if we have been to Sun City, Happy Island has two wave pools.

Jooste was just telling us how involved the two owners are in the business and regaling us with anecdotes of how we can meet Yi going around the park picking up litter when we spotted him coming towards us. With limited English he could not converse much, but he was nice enough to oblige us with a picture before sauntering off in his waterproof workman suit.

The park also has a food court where two in-house restaurants offer fast food as well as Asian food. Around the park, popular food franchises such as Chip and Dip, Spur and other independent food truck businesses have set up shop.

Here you can buy anything from ice cream to pizza, hot dogs, cool drinks and other snacks. The liquor licence was still being finalised.

Upon enquiring about how the 36-hectare farm was turned into a world-class water theme park, Jooste put me in touch with Hogins.

A local children's park and fitness lifestyle entrepreneur, Hogins is also known for his GOG Fitness and Lifestyle brand. I had only known of one GOG kids park, also situated near Muldersdrift but he told me there are two more in Hartbeestpoort as well as one in Protea in Soweto. 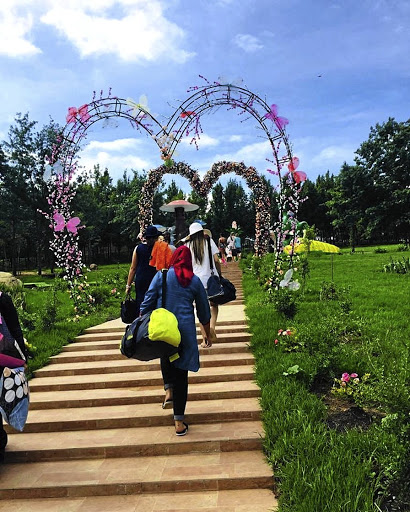 A day of fun awaits you at Happy Island Waterworld.
Image: Supplied

"I grew up in a poor family and we never had money to visit these theme parks and I decided later in my life to start a business that could make these parks accessible to more people, " Hogins explained.

He said the December launch was just a soft launch as there were still a few areas that were not yet complete. The park, which officially opens in March, is aiming to be the biggest games and water theme park in Africa and will have two more phases that will be completed by 2022.

The water world is the first phase and the next phase will be the Happy Island Kids' World that will have game arcades and fun rides such as those found in Disneyland.

The third phase will be a 500-bed hotel for a complete resort experience.