Lynn Whitfield in love with Africa 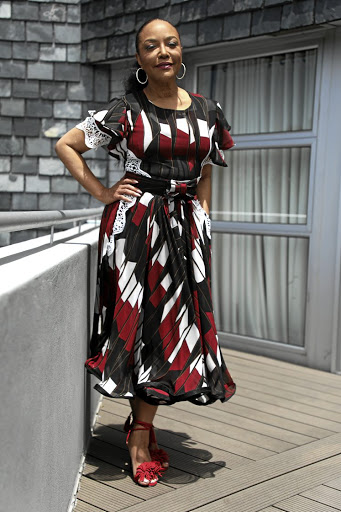 Evergreen Hollywood actress Lynn Whitfield, who is in SA to promote the e.tv series Greenleaf, announced on Friday that she was far from retirement.

Speaking at the e.tv studios in Dunkeld West on Friday, the 65-year-old actress who doesn't look a day over 45, said she was a late bloomer and has only now started thinking about writing a book and directing a film. But her first priority is to tell more African stories.

"I am here for the third time since last year. I have fallen in love with the continent and this country. South Africa's beauty is still a well-kept secret to Americans. I am availing myself to do a film or mini-series here," she said.

Complemented about her youthful looks, Whitfield said she disagreed with the notion that "black don't crack".

She said it's simply her passion to live and tell stories that keeps her youthful.

"It amazes me how bad grammar is used to describe black, strong women."

Greenleaf, The Oprah Winfrey-produced drama series, made its South African television debut in April this year.

She had just flown in from Cape Town - where she stayed at her favourite hotel, The Silo, overlooking Table Mountain and and Robben Island.

Whitfield said it was a calling to keep returning to our shores as she loves our fashion, art and film.

Dolls are often an important part of our development growing up. But it's only in recent times that the market accurately reflects diversity. This ...
Lifestyle
3 years ago

"How African and European elements come together is absolutely astounding. I have never seen anything like it.

"I am also deeply in awe of the visual art and would like to see much more in my time here," pointing out that she was wearing a locally designed Rubicon dress by Hangwani Nengovhela. She said she was also a huge fan of Rich Factory and House of Ole.

In a career spanning almost four decades, having started in the 1980s, Whitfield earned numerous awards and nominations including an Emmy for her performance in The Josephine Baker Story.

One of the most recognisable actors of her generation, she is almost always the villain.

"I don't agree that it should be called villain. I see it as activism actually. If I were a man playing these roles, people would say its a strong and powerful character," she said.

Teary-eyed, she said she may not have physically been part of the #MeToo movement but issues about abuse were close to her heart.

She spoke about SA's own 16 Days of Activism campaign and the importance of youth to find their spiritual self.

"What is it that drives us to rape and kill and throw rocks on people's heads? How evil must one be? It's important to teach and show people love so it can be reciprocated.

"As black people, we also need to stop pushing mental health under the carpet and address it head-on."