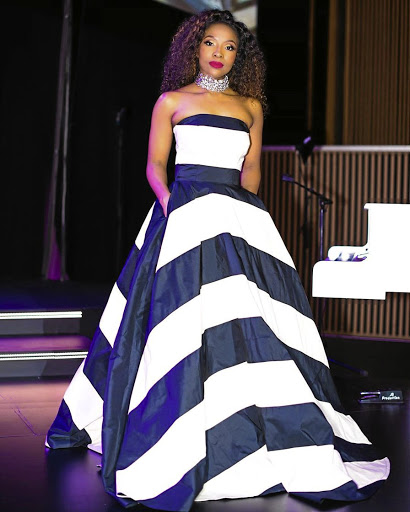 Pearl Modiadie has confirmed that she has found love again. This after her yoyo wedding vibes earlier this year - first it was on and then it was off, then back to on and then off again.

She told a fan on twitter this week that she will be spending her birthday with her new boyfriend. Hopefully, she hasn't done a 360 as she has since deleted the tweet.

In September, she was spotted walking hand-in-hand with her white bae as everyone speculated about the mystery man. This was at the DStv international Food and Music festival. The couple was also seen shopping in Sandton this week.

The radio presenter called off her traditional wedding to her fiance Nkululeko Buthelezi in May. It was the second time in less than two years that the pair separated.

Modiadie and Buthelezi were engaged in 2015 when he popped the question during a helicopter ride. A year later, the couple split up, only to get back together months later.

Invitations had already been sent out this year when sources claimed she had cancelled the wedding again after they clashed over various issues in the build-up to the wedding.

Pearl Modiadie has for the first time opened up about "the small voice' in her head that led her to call off her wedding twice in two years.
Shwashwi
4 years ago
Next Article