Family to cheer Sho Madjozi on 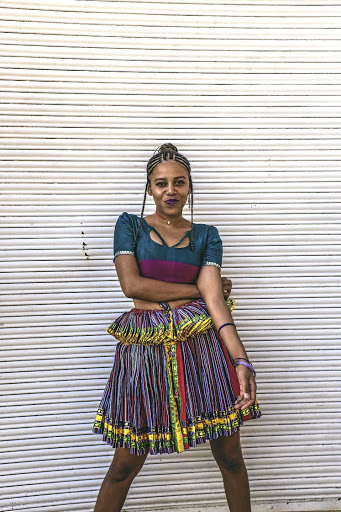 When Sho Madjozi takes to the stage at the much-anticipated Global Citizen Mandela 100 concert today, cheering her loudest from the crowd will be her mother and 74-year-old grandmother.

"It is actually my grandmother's first time in Johannesburg, so the fact that it's her first time in the big city as well as her granddaughter performing at the Global Citizen concert - you can just imagine her excitement."

Sho Madjozi says she is also excited that her little sister, aunt and mom came all the way to Joburg to see her perform at this historic event. Her family is from Shirley in Limpopo.

Madjozi will be sharing the stage with industry heavyweights such as Usher, Ed Sheeren, Wizkid and Beyoncé in a concert hosted by the Motsepe Foundation aimed at getting citizens to do charitable acts to honour Nelson Mandela's legacy.

She says that her nerves only kicked in earlier this week. "The fact that this concert will be broadcast live to millions of people across the world, as well as streaming live, is definitely nerve-wracking to say the least. But I have all the confidence that I will kill it!"

Madjozi says that she hopes that being part of the line-up will elevate her career to uncharted heights.

"If I go out there and do just OK, then nothing will happen to my career. But if I go out there and kill it, leave everything on that stage, then this will do wonders for my career, possibly even collabos with some of the international artists. I've been playing the words to Eminem's Lose Yourself over and over in my head, because that is exactly what I plan to do on that stage - lose myself to the music."

Madjozi performed in September at the US leg of the concert where she said she was star struck.

"I already did the Global Citizen concert in New York in September, where I got to meet Cardi B backstage and I lost my mind.

"This time around I'm not planning to go crazy over anyone, although I'm definitely looking forward to seeing Beyoncé."

Global Citizen Festival by the numbers

The Global Citizens Festival is almost here and we have the incredible numbers of the impact of its direct actions.
S Mag
2 years ago
Next Article