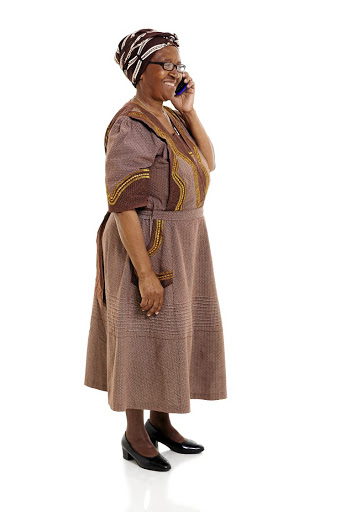 "They continue to take the easy way, do what they know and feel "safe" doing. My father reads his bank statement online, but he will still go to the bank, cash a cheque or make a deposit. It's something tangible, secure and ingrained in their lives over the years."

Durrant also explains that new technology is generally designed by the younger generation with them as the target audience as they are considered the future.

"Think of the marketing that support underlying technology, it's mostly younger people as the audience. Social media platforms like Facebook and social networking on these platforms is often misunderstood by the older generation who grew up with face to face social networking. However, we have seen more of the older generation adopting platforms like Facebook or Twitter. As technology advances, access to services or content is happening more and more online."

How the young help the old

Carol Mokoena, 22, a UJ student, says it was to her detriment to add her parents, who are nearing 60, as Facebook friends. She helped them set it up and showed them how to use it.

"They now question my statuses and the pictures I upload and who the boys are who like it. I don't think they quite get how it works. I have since blocked them and all older family members and when they ask me why they no longer see my stuff, I blame algorithms," she laughs out loud. She says her dad has to put on his bifocals to read WhatsApp - adding that he has the largest font she has ever seen on a mobile unit. She says trying to teach them is like teaching a child.

Mokoena says her mom heard about Netflix and now wants to have it, but doesn't understand that, unlike DSTV, she requires a Wi-Fi connection for the service to work.

"She doesn't even know what Wi-Fi is," laughs Mokoena.

Despite difficulties, many admit cells are the future of all communication.
Lifestyle
3 years ago
Next Article