Electrifying Hong Kong has pulse and a mind of its own 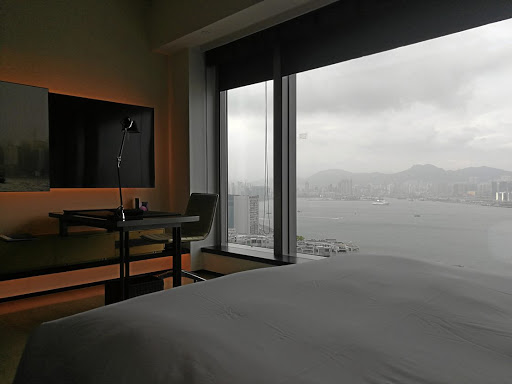 On a recent visit to China, it was exciting that the last leg of our two week trip was going to be in Hong Kong for several reasons.

While mainland China uses the yuan, Hong Kong has its own currency - the Hong Kong dollar. By the time our journey reached its 7th day, we were all familiar with how things worked in the East. We had also perfected Ni Hao's (hello's) and XièXie's (thank you's) and having fully acclimatised, were starting to have fun.

Our visits to Beijing, Shanghai and Shenzen included lots of bus trips, train and plane rides, but the highlight was when we moved from Shanghai to Shenzen via a Maglev train from Longyang Road station to Shanghai's Pudong International Airport.

To be light in our travel, our bus driver proceeded to the airport from the station with our big bags as we got into the fastest train in the world. The Shanghai Maglev (the magnetic levitation train) can reach top speeds of up to 430km/h. By any means, this 30km ride will take you an estimated 20 minutes in good traffic, but our exhilarating ride took just under eight minutes. It was almost as if the driver of the train was warned that there were eager visitors on board as he pushed it to 431km/h.

Though Hong Kong is under Chinese rule since the British handed it over in 1997, moving from mainland to the island still requires one to drive through a border post.

Hong Kong remains a capitalism enclave of communist China, and that is felt immediately on arrival, as the city feels more familiar. 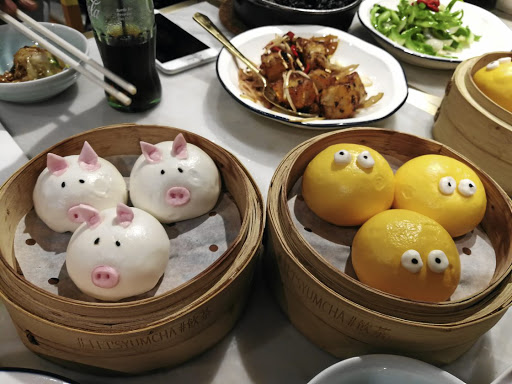 Decorated dumplings and other goodies at the Yum Chá restaurant in Hong Hong.

We checked into East Hong Kong Hotel in an area called Taikoo Shing to amazing seaside views. The higher your room, the more majestic the views. Part of each hotel room facing the sea has a whole glass wall where you are literally looking down at the skyscrapers. The rooms have clever space-saving tricks where your main art piece for example slides to reveal a plasma screen. Various drawers house helpful travel tools like an iron, adapter, plugs etc.

It usually saves so much time trying to figure out where to shop when your hotel is connected to a mall. East Hong Kong is connected via a safe walkway to City Plaza, home to 170 shops and many restaurants offering both Asian and Western cuisine and this was our home for two nights.

We first visited the site of the July 1 1997 handover, marking the end of British rule. From afar, it looks like a flame but upon close inspection, we realised it is the national flower of Hong Kong, which is of the Bauhinia genus, captured as a big gold statue.

The tallest building in Hong Kong, is the International Commerce Centre, which stands at 484 metres and has an observation deck on the 103rd floor. It took us seconds to be whisked up the elevator to the floor. On the day, colourful Lamborghinis were displayed outside the deck attached to a bar and restaurant. 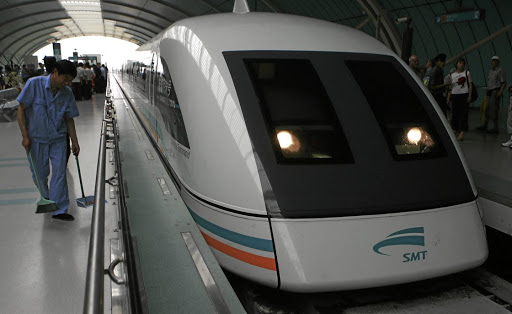 A worker cleans the platform beside a Maglev train, also known as the magnetic levitation train, at a station in Shanghai, China.
Image: Getty Images

But the coolest part is their toilets, which also have a viewing glass. I found the feature wasted in a toilet. The mall attached to that building houses shops such as De Beers, Chanel, Rolex, Piaget, Chopard etc. We all looked totally out of place among the rich.

Lunch at a local restaurant called Yum Chá in Lenhem Place Mall came to the rescue!

Here the food is as pretty as it tastes, with dumplings and desserts created to look like small farm animals such as chickens and pigs. I enjoyed crispy dumplings that looked like chicks only to nibble on them to find pork filling inside. Hmm, that was sneaky.

In our quest to sneak in some shopping, tour operator Eva Chan took us to Mong Kok district after lunch where we lost ourselves in rows and rows of street hawkers for a frantic shopping spree.

- Nkosi was hosted by the Chinese Embassy.

Pampering starts from reception to food and the view.
Lifestyle
3 years ago
Next Article