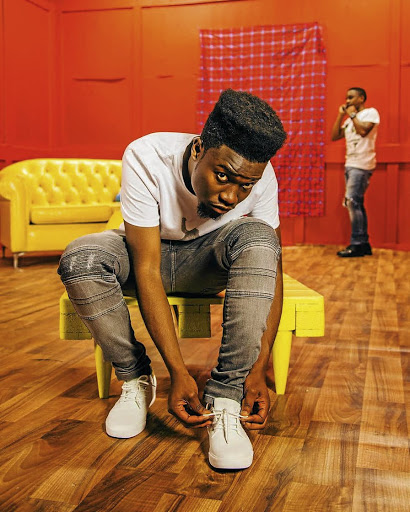 Nalingi hitmaker Manu WorldStar says the now popular song was a mistake, noting he was in studio recording a rap song and struggling to get it perfect until the runaway hit happened.

"During a break we regrouped. The producer then started messing around with beats when this particular one came on. I loved it and started improvising. I sang to it about what was on my heart thinking of my girl. Everyone in studio loved it," he says.

Although the song is dedicated to his girlfriend, he said it extends to all African women.

The rapper, whose real name is Emmanuel Mumbili Mutendji, says the song was originally recorded in December last year but only dropped in July this year.

The Afro-beat song has since gained traction and has topped the charts across various genres such as pop, hip-hop and RnB.

It followed with a number-three spot on Metro FM Top 40 Chart, number one on YFM Bomb Chart, number two on the BBC 1 Xtra Top 5 AfroBoss Count Down Chart in the UK and at number four on the RAMS Top 100 Chart (fourth most played track by any artist on radio right now).

It takes more than just talent to produce an Idol.
Lifestyle
3 years ago

Born to Congolese parents in South Africa, the 23-year-old said the song means "I Love" in his home language, Lingala.

He says he has had many hits but it's Nalingi that caught people's attention and propelled his fame. "I sing about 'big body like Quantum' because the women in Africa are not the skinny type that receive all the attention. I love how African women look and need them to embrace it and love themselves too. Just like I love the flower in my life."

He is also ecstatic about finally being embraced by South Africans. "Growing up I was angry. I was never accepted by the people of the country I was born in. Because I don't speak Zulu or Xhosa, I was frowned upon by my peers.

"And then on the other side, my own cousins and Congolese people did not accept me because I don't speak French well. It was a struggle, but I have finally embraced my circumstances and was able to find a home in the hip-hop community," he said.