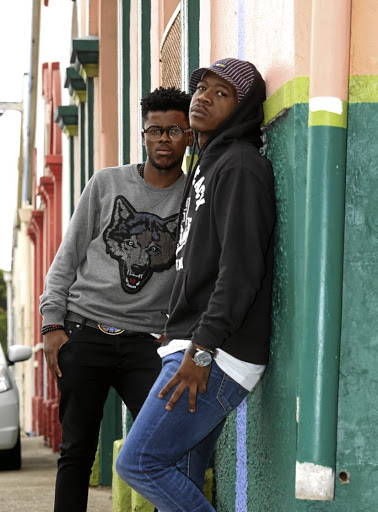 Popular house music duo Black Motion is not only making music for the entertainment of their fans but use the art form to fulfil their spiritual calling.

The pair from Soshanguve in Tshwane raised eyebrows about its spiritual powers when they released yet another album that draws heavily from the ancestors.

Smol claims that he has an ancestral calling which doesn't need him to be a sangoma but instead it channels him to heal broken hearts and souls using his African drums.

"Some people are channeled to use water as a healing agent, some use soil and others use trees. I am channeled to the drum," he said. "Although we are very spiritual, we do not need to consult before playing, everything just happens the moment we sit together and touch our equipment."

He said that the calling helps him play his drums in a way that transfers spiritual healing to their audience.

"There are people who need to unlock their spiritual gifts and we help them to do that."

Smol spoke about an "amazing" experience that he once witnessed while performing at a concert in the UK.

"There was this white guy who said he had his roots in Nigeria. He was doing some unnatural dances while we were on stage. After the performance he came backstage to tell us that he had a vision in which he saw his grandmother who told him to let go. Only to find that the guy was depressed, and he told us he felt lighter after the performance.

"These are things that inspire us, we are honestly not after just entertaining the flesh but the spirit," he said.

In the album, they once again take the listener to another world through their haunting African drums, rhymes and other unconventional instrumental beats.

In the track Little Blue Girl, featuring Miss P, they are paying tribute to Nina Simone, a jazz artists who was known for her deep spirituality.

"Morwangwato went for his spiritual initiation school immediately after recording with us. He told us that he felt drums unlock what he had inside and Black Motion feels blessed."