Gqom music has US ambassador in DJ AQ 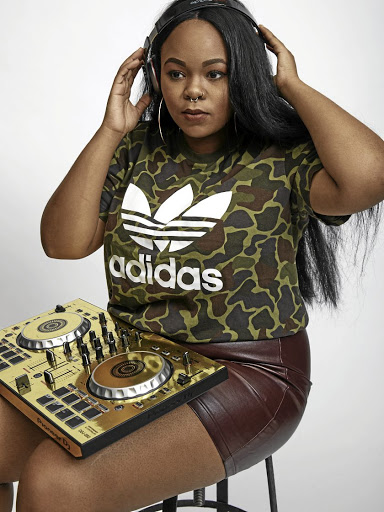 DJ Afrikan Queen plays gqom she learnt about from KZN.

South Africa has a new ambassador to the US. Oh wait, this one is not based at the South African embassy in Washington DC.

Kadijah Bah is a DJ - young, female and excellent as flag bearer of Mzansi's gqom music in the States.

New York-based Bah, who calls herself DJ Afrikan Queen or simply DJ AQ on stage, was born in the US to a mother from Durban.

The 24-year-old fell in love with the dance music genre that originates from her mother's birth place, as her own way of keeping her African roots alive. She admits she encountered gqom and fell in love with it during her research into the local culture.

DJ AQ has now not only introduced the uniquely South African sound to the dance floors of NY clubs but has also taken it a step further by producing some gqom music herself.

"I was born in Harlem, NY after my mother escaped apartheid South Africa in 1990. I got involved in music as early as when I was seven when I played violin and took up dancing," she said from the US.

"After finishing basic schooling, I then studied journalism at the Buffalo State College in upstate New York but my love for music never faded.

Babes Wodumo: If you're going to diss me‚ you should at least be good

While it was Babes Wodumo’s Wololo that opened the floodgates of gqom and began its takeover of Mzansi‚ many artists have tried to come for her ...
Lifestyle
3 years ago

"My college roommate and I started throwing our own events as a hobby and at the time I played everything from hip-hop to dancehall," she said.

It was when she started sneaking into underground clubs that she realised her love for South African house music.

"They would have small underground events featuring DJs like Louie Vega, Black Coffee and Culoe De Song and they would always sell out in every club they played in."

When DJ AQ's career started getting serious, she then introduced gqom to the Big Apple club scene last year and revellers went gaga over it.

"Now the genre is way more accessible and globalised. The gqom wave has taken over almost every club I go to.

"When I first introduced gqom to the commercial club scene, I was surprised by how receptive people were to it.

"I love it when New Yorkers come up to me to show me their gwara-gwara and vosho. I feel very fortunate that the nightlife scene has embraced my style.

"It's so popular now that a lot of people are fans of artists like Sho Madjozi, Distruction Boyz, DJ Lag and DJ Maphorisa."

The warm reception encouraged her to produce her own songs. Her gqom single Qiniseka was released earlier this year.

"In the next few years, I hope to amplify the voices and talents of the African diaspora in New York City, specifically women DJs who play Afro sounds.

"I want to keep using my Harlem-Durban duality as a cross-cultural connector."

Out of the blue, TDK Macassette is so pretty in pink

Bah, who said she has been visiting South Africa almost every year since she was born, had the honour to play in several gigs in Mzanzi in December.

"My elder sister moved to SA after she graduated from high school here in New York because she didn't like it.

"On top of that, I hooked up with a South African girl who is studying in New York and she is now managing me as part of her studies. She got me some gigs and I played at the Great Dane and Cocoon in Joburg, Goldbar in Cape Town and was also a guest DJ at YFM and Gagasi FM."

Her manager Sibabalwe Mona, who is reading for a master's degree in international affairs (African development), said: "I'm on a fellowship that will help me build my own impact entrepreneurship venture that catalyses African development through the creative economy and DJ AQ is my first client."

DJ AQ said she would not rush into releasing an album as she was still building a solid foundation.