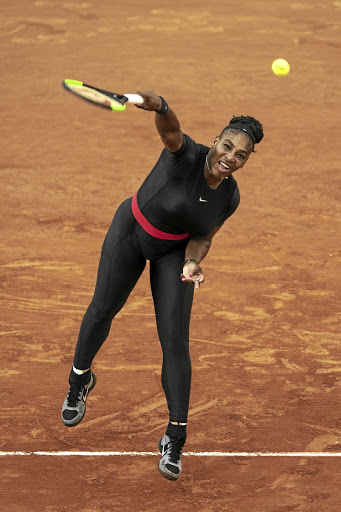 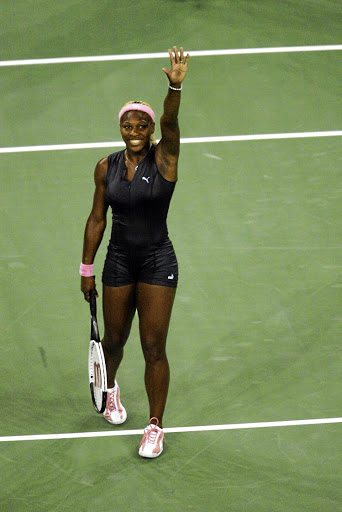 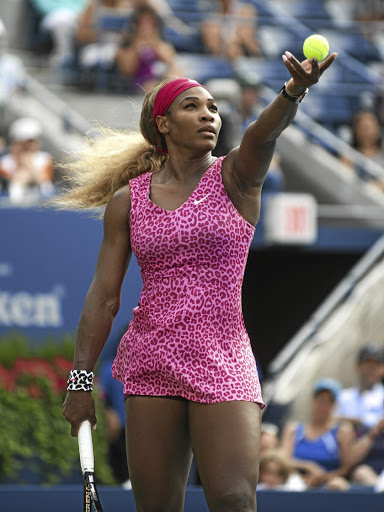 He said one needed to have respect for the game and the place. But the suit was inspired by American tennis player Anne White, who in 1985 famously wore a white catsuit much to her opponents' annoyance.

Williams wore the all-in-one suit at the French Open where she withdrew due to a pectoral muscle injury.

The catsuit, which reminds her of Wakanda and is dubbed the black panther suit, she said made her feel like a superhero. But it was also designed as clot prevention compression tights.

Williams, who has never been one to conform to the rules and often speaks about body positivity, laughed off the ban.

All she had to say ahead of the US Open was: "When it comes to fashion, you don't want to be a repeat offender."

She came back this week not fazed in an even sexier and more daring uniform.

She played in a black ballerin- inspired tutu at the US Open. paired with a snazzy biker jacket, on Monday. And she slammed Magda Linette 6-4, 6-0 in her first round.

This outfit is one of many designed by Louis Vuitton's artistic director Virgil Abloh in conjunction with Nike and his own label OffWhite, aptly titled the "The Queen Collection".

On Wednesday she showed off the off-white tutu and one-arm Nike bodysuit which she paired with compression fishnets and bedazzled sneakers.

But it's not the first time that she has brought fashion to the court of the elite sport.

In 2002 she donned a Puma fitted short playsuit, and we've also seen her make leopard print in pink look chic.

To many it seems the catsuit ban is just one of many struggles the tennis star has had to face. Before this she was confronted by racial discrimination to being called a man to drug testing.

Designer Craig Jacobs says as much as we all should respect dress codes, some rules need to be relaxed.

"It often horrifies me to see what people turn up in at events like the Durban July. But, at the same time, I think some codes need to be relaxed, depending on the circumstances. I personally don't think there was anything disrespectful about Serena's outfit. As has been made clear, the Black Panther suit was designed to prevent blood clots - something which almost killed her when she was pregnant. That needed to be taken into account."

He thinks the French Tennis Federation president was trying to hold on to what he thinks is the decorum of the sport. "He was coming from a conservative point of view, the same way that in the 1900s women were only allowed to wear floor-length skirts, stockings and long-sleeve blouses. The truth is, times have changed, and it is up to sports like tennis to keep up."

But he disagrees that the fashion rules only affect women. "Last year two junior doubles players at Wimbledon had to remove their black underpants for white ones because they didn't comply to the tournament's all-white rule. Roger Federer's trainers were also banned because they had orange soles."

He also mentions French player Alize Cornet who got a violation for changing her shirt on the court. Jacobs says this is proof it has nothing to do with race and everything to do with "fuddy duddies clutching onto rules that are often archaic".

In SA we also see the skirt as the official uniform of many females in sports. Jacobs says this needs to change.

"It's definitely not modern for women to still be expected to wear skirts - if they want to wear shorts or pants, why not?"

Jacobs feels locally designers can do more to update our sportsmen's wardrobes. "As Fundudzi I'd love to have a go at designing the kit for Kaizer Chiefs. I think we should start with our Olympic uniforms - what our athletes showed up in last time was a joke. And while I think this year's Commonwealth Games kit is an improvement, it's a smack in the face of local designers that Sascoc roped in an Italian company to

Networking their way to freedom

Mavata on quest to empower and connect ladies.
Lifestyle
2 years ago
Next Article