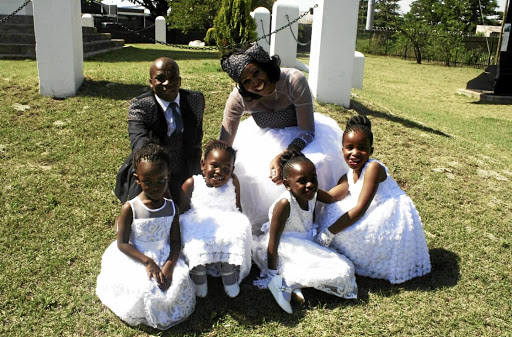 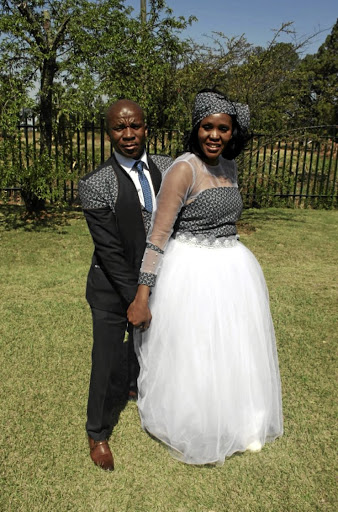 The marriage of Dineo Selebi and her husband David, 52, fulfilled the prophetic visions the two had of each other before they even thought of dating.

It was November 2016 when Dineo, 43, claims she had visions of the man who would marry her.

"Between 2015/16 I received prophetic messages that God will bring me a soul mate who will be my husband. It came to me in a few dreams," she says.

She attends the same church, the St John's Apostolic Church of Prophecy, with her husband, who is also a pastor.

Dineo says they would regularly meet at church and just greet or pass each other, not knowing they were destined for the altar.

During the first week of November 2016, a week before their church's annual feast where masses meet, she says she woke up with a dream that prevailed to her that she is soon to wed.

"I saw myself getting married - although I [could] not [see the bridegroom's] face."

"I woke up with a dream telling my mom that people were coming to request segosametsi (a hand marriage). However, in the dream there was an issue about some shoes."

Selebi only learnt later from David that he also had a similar dream about marrying his wife that same week.

In his dream he was holding their rings - calling out her name and yelling that people were waiting for her to walk down the aisle.

The two met a week later at Motlollo, the headquarters of their church north of Rustenburg, North West, when David asked to see her.

"He told me that he has been asking God for a partner who will understand and accept him spiritually, he also told me about his dream, about me and the rings, and [at first] I did not comment."

But she says she soon gave in to his proposal and agreed to marry him.

The lobola negotiations were held on July 29 2017 at her home in Khutsong, Carletonville, on the West Rand.

Two months later, the two held their wedding function in Randfontein and later went to host their traditional wedding at David's home in Kagiso, Krugersdorp.

They have seven children between them from previous relationships and hope to add to their huge family with love and happiness.

Dineo says the big challenge for her was the transition into becoming the pastor's wife.

She is quite shy but had to learn to also preach to their congregants.

"David is [spiritually] gifted, which means I must put more effort in understanding and preaching the word of God."