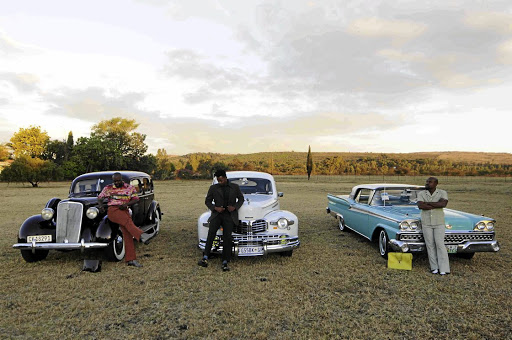 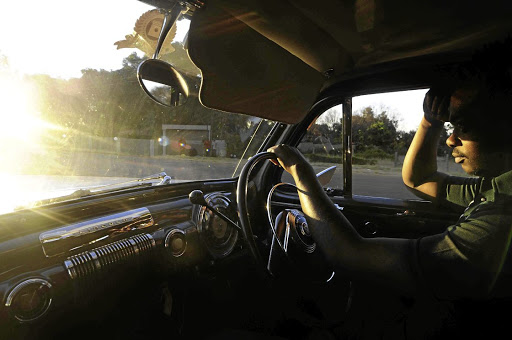 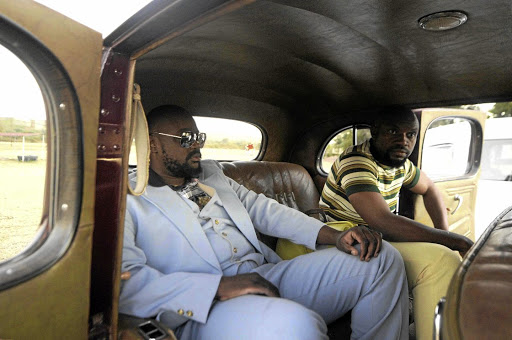 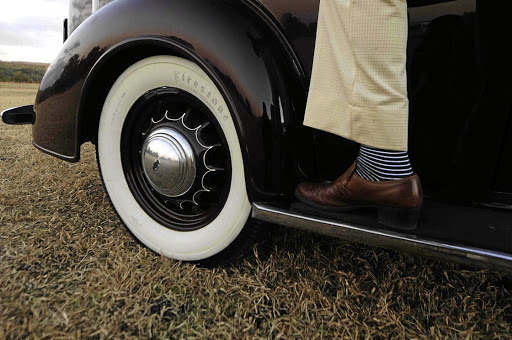 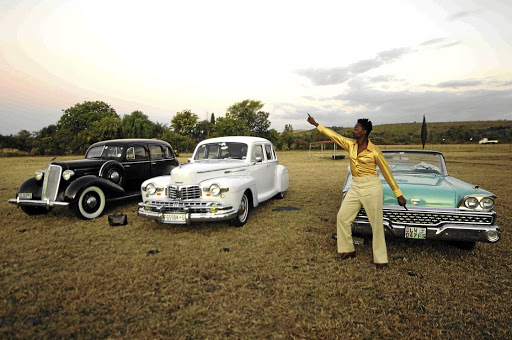 Fred Bopape is the fast-talking handsome brother who dreams that one day TukaAf Lifestyle will own more than a 100 vintage cars. He is so persuasive he can sell pizza to Italians with his charm alone.

There is hard-working Godfrey Mashiane, the technical backbone of the business, who everyone turns to when they seek to restore a vintage car and return it to the road after decades of inaction.

Then there is the quiet Khumo Moche, whose alter ego during weddings and parties unleashes the majaivane (dancer)of the group.

TukaAf is a business hiring out vintage cars for weddings, parties, films and music videos. In Pretoria, the brand is also closely linked to Kofifi Movement, whose parties celebrate all things vintage cars - from the 1950s and 1960s. The event was made popular by businessman Clifford Phalatse.

TukaAf is based in Amandasig in Pretoria North where I meet the three owners. Earlier this month they had four of their 26-car collection driven to to the Durban July, to market their fledgling business.

It took 12 hours to drive their precious cars to Durban, with lots of rest stops as people admired the cars along the way.

The group say they spent up to R20000 on petrol driving to the coast. Most vintage cars come with 40 litres tanks and they had to fill up after driving an average 150km as the cars consume a lot of much fuel.

"Myself and Khumo were adopted by Fred's father, Bra Patrick. Khumo used to go to high school with Fred and he adopted me from the streets.

"We soon shared a love of old cars that was inspired by Bra Patrick's friend, Phalatse. That is how we met. We are brothers now," Mashiane explains how they became a family.

In 2007, with a penchant to restore old cars, Mashiane established a workshop in Sinoville, Pretoria, where he employs seven people.

Bopape notes how his father, a keen reader, influenced them. "In 2011 my dad bought a red and white 1964 Ford Fairlane which started off our business. It is the same car in which Brian Molefe got married in 2016. It was the highlight of our business when he hired us for his wedding. That car ke ledlozi la rona (its our lucky charm)."

The Ford Fairlane was purchased in Vryburg, North West, from a private individual. Vintage car collectors scour websites, specialist magazines and car shows in search of special cars. Mashiane recalls how their start was a huge challenge. Patrick once bought a Ford Ranchero whose body was so rotten they bought a second similar car and fused them together to make one car.

"Die ding e blind my suster (this hobby is addictive)," Bopape, using the Pretoria dialect, said as he explained the challenges of his business and hobby. "It has the potential to make you fight with your wife because once you start buying one car, you want another one and another one."

Of the 26 cars they have, 15 are roadworthy and Mashiane is restoring the rest. It is a process he says must not be rushed, like bringing to life an old museum masterpiece.

They point to a mint-green left-hand drive, the 1959 Ford Fairlane Galaxie 500 Skyliner, as their most-prized possession. "It has a hard top convertible that folds into the boot," Mashiane sings praises of their grand lady they have named uDeliwe.

Its number plate starts with DLW but it's also in reference to its unparalleled beauty like our first black Miss SA, Cynthia Shange, the star of 1975 movie uDeliwe.

The car is also one of the only two models in the country that the brothers say they know of.

Through TukaAf, Bopape explains, they set out to bottle the romantic nostalgia of the 1950s and 1960s and sell it.

The cheapest car to hire around Gauteng is a Valiant, at R4000 per day.

While Moche is the entertainer, Mashiane the mechanic, Bopape is the marketer - the money-man for the business they eventually registered last year.

Romance began with sip of drink for lovebirds.
Lifestyle
3 years ago
Next Article