Vele vele...what did Bongo Maffin say we must do with that S'ghubu? 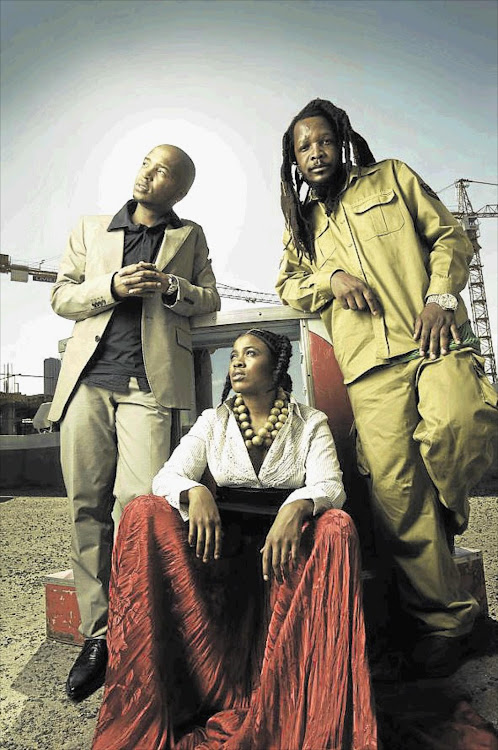 The 90s is hands down considered to be the greatest musical era for Mzansi‚ and if you agree‚ then you will also know just how much of a jam Bongo Maffin's hit song Thath' is'ghubu was and still is... but do you know the REAL lyrics?

If you answered yes to the above question‚ well done.

The rest of us were left shook with doubt after a tweep revealed that we had been singing the wrong lyrics for over a decade to the popular tune.

One of the most amazing music groups to ever come out of Mzansi is Bongo Maffin and while they remain one of the most underrated groups to the powers that be‚ most people will tell you that their hit track has been the soundtrack of their lives.

It's a wedding song‚ a party song‚ a just chilling song‚ a nostalgic song‚ basically a classic song. Because Thath' is'ghubu is such a timeless classic‚ we guess there may have been some distortion of the lyrics along the way.

Only to find out on Thursday night‚ thanks to a tweep that the lyrics may actually be: "Thath' is'sghubu‚ thath'is'ghubu/ as far as you can".

So my childhood was a lie... Infact my whole life 💔

The song by Bongo Maffin actually says "Thathi Sgubhu AS FAR AS YOU CAN"
.
Not "usfakezozweni" 😂😂😂😂😭😭

Twitter was left in sheer disbelief. Imagine finding out such a thing after believing for your whole life! Yoh‚ it was deep!

Firstly I found out wrestling is not real it's just grown men wearing underwear playing with each other and now this!!! pic.twitter.com/OmyblLts8l

The group's vocalist Thandiswa Mazwai was quickly summoned to clear up the confusion.

She put Mzansi's heart at ease when she said: "Fear not my beautiful Africans‚ the S'ghubu is right where we left it‚ ezozweni."

Thandiswa went on to have a great laugh about how tweeps have been butchering lyrics for ages. Under #Thathiisghubusaywhat people shared their various versions of the lyrics.

The things some people have been saying are just hilarious!

So amaborn-free were serious vele🤣🤣hayi the guy with the original tweet unifumene shem. U deserve it for not knowing your own national anthem! Sis! 🤣 I’m on the verge of bored even🙃

We don't know about you but we hear 'usfakezozweni" so we'll stick to that...

What do you hear?

Before you start your weekend, here are a few songs you might want to start learning all over again.
S Mag
3 years ago

One Twitter took to social media to claim that there was a lack of female singers willing to lift the nation.
Lifestyle
3 years ago
Next Article