Clive Barker let off his leash in entertaining biography 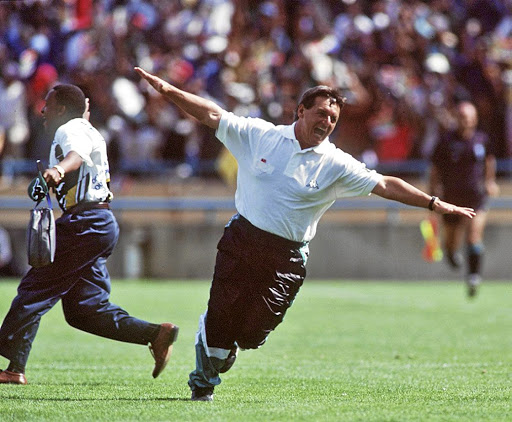 Coach: The Life and Soccer Times of Clive Barker is a humorous approach into the journey of the legendary former Bafana Bafana coach.

The Dog, as Barker was affectionately known during his days at the helm of the national team, talks of how he shrugged off the politics of playing what was regarded as a black sport during apartheid.

"Some of my harshest critics believed that, as a white coach in a black-dominated sport, taking me for a foreigner, I would be out of touch and unable to grasp the complexities of South African football," he wrote.

When he had to coach his eldest son, John, he was tested.

"It was terrible, because if he had played well I couldn't really go overboard in my praise of his performance, and if he played badly then I did go bit overboard about it," he said in the book.

Life in the 'City of Gold' as an economic migrant

Don't let the title fool you, Gold Diggers is not about women dating men for money. Nor is it about toiling miners. The book is a page turning tale ...
Lifestyle
3 years ago

The Durbanite recalled a time when he went bankrupt and had to drive taxis to make ends meet. He cited a day when his wife Yvonne called to inform him that their furniture had been repossessed and that if he wanted to eat, drink or sit that evening, he had to ensure that all the furniture was brought back to the house.

"Rather than to face the wrath of my wife, I went and picked it all up right away."

The book also revealed human elements about the man, a superhero who managed to help the country win its first and only Africa Cup of Nations in 1996.

It's hard to believe that he had a short-lived boxing career.

This cheeky 232-page biography is not a football play book but variety of messy tales.

It's available at leading book stores for R246.

President Cyril Ramaphosa has again tried to explain a picture doing the rounds‚ showing him kneeling in front of Zulu King Goodwill Zwelithini.
News
3 years ago
Next Article