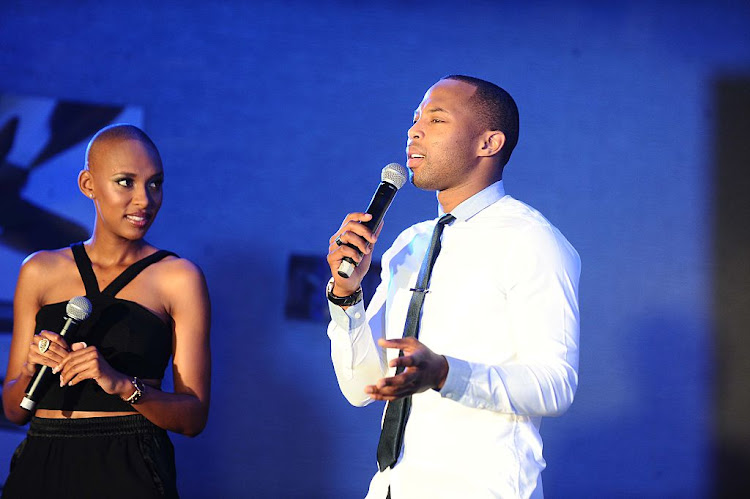 After claiming to be verbally attacked by a stranger in a Wimpy‚ Sizwe Dhlomo channelled his inner-WWE wrestler‚ charged at the man and chest bumped him.

It all apparently started after Dhlomo decided to grab a bite to eat at the restaurant at a mall in Witbank.

I’m chilling, waiting for this dude I’m supposed to meet with, eating by myself & I’m just looking around the area, you know... that general gaze...

Dhlomo said he was listening to music when he noticed a lady waving at him. He thought she had recognised him through his TV work so waved back.

"All of a sudden I snap out of it & I see this lady waving at me. I figure okay‚ she must recognise me from somewhere‚ so I wave back. She’s sitting across from some dude‚ so he turns around & looks as who she’s waving at... I carry on eating & bumping some music."

The TV personality added that about ten minutes later the dude returned and apparently started shouting at him.

Dude looks at me from across the restaurant & shouts something. I’ve got my AirPods on, so I can hear him. I take one out & go “hey”?

“Are you happy with what you’ve done now?” He asks... I’ve still got Drake bumping in my right ear... so now I take out the other AirPod.

That's when he claimed he confronted the guy.

I didn’t even know why I was running to be honest but now I’m also getting steamed as I get closer, I’m like this mofo!

That's when he says things got heated.

I get up to him and we basically bump chests (That childish male bullsh!t). We’re right up against each other’s faces! “She’s gone now! Are you happy?” He continues...

Dhlomo said he realised afterwards how funny the entire incident may have looked.

Euphonik and Sizwe Dhlomo get into spicy debate

The gloves were off between Euphonik and Sizwe Dhlomo on Twitter.
Shwashwi
4 years ago

'Small entrepreneurs must know that revenue is not profit'

IT HELPS to have business advice from your parents - or a mentor you can trust, says entrepreneurs Chichi Maponya, Sizwe Dhlomo and Nkhensani Nkosi. ...
Business
9 years ago

Minnie Dlamini may have burst onto the scene with a stint on SABC 1’s Live Amp‚ but her time on the show almost caused her to breakdown‚ and return ...
Entertainment
4 years ago
Next Article