Zodwa Wabantu: In SA it's okay for Beyoncé to be naked, but I'm trash 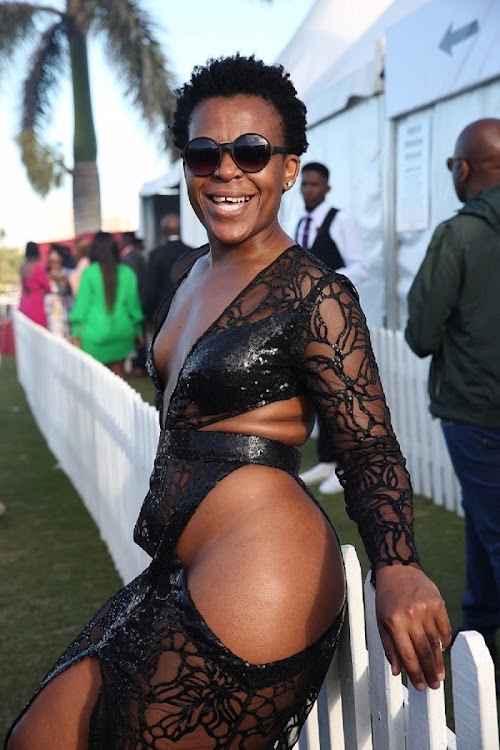 Zodwa Wabantu stopped traffic at the annual Durban July with her cut-out lacey number‚ but for her it wasn't the stares that got her in her feels when she spoke to TshisaLIVE on Monday‚ it was the very personal reactions she got from ordinary women.

Zodwa explained she always expects people to act shocked over whatever she decides to put on her body and she's accepted it.

Zodwa wore a dress that was inspired by a J.Lo red carpet look that she saw on the internet‚ then she messaged her designer and got it made for the occasion. Known for her sans panty stance‚ many weren't shocked at Zodwa's choice of dress.

The entertainer said she also realised that because she took her inspiration from the States people didn't know how to attack her because no one hated on J.Lo.

"People knew that they would be exposed if they came for me because in SA‚ it's okay for Beyoncé and Rihanna to be naked and be inspirational but Zodwa is trashy. They couldn't judge my dress because they didn't judge J.Lo for hers. It exposes people's double standards but my people know what I stand for. That's all that matters."

Zodwa said it touched her to hear women pour their hearts out about her "no f**ks given attitude" and how she helped them find their voice.

"I have said over and over that I am living my life for me but more and more I realise that even when I try to do my own thing it affects others anyway. Like on Saturday‚ I got so much love‚ with women just saying that my confidence in my body and anything I do has helped them develop theirs."

"Women said‚ 'sisi‚ you are inspiring us to love our meat and to be proud of our shapes and everything else. I belong to them.'