Musa Mseleku: Polygamy is for the family‚ not to cure weaknesses 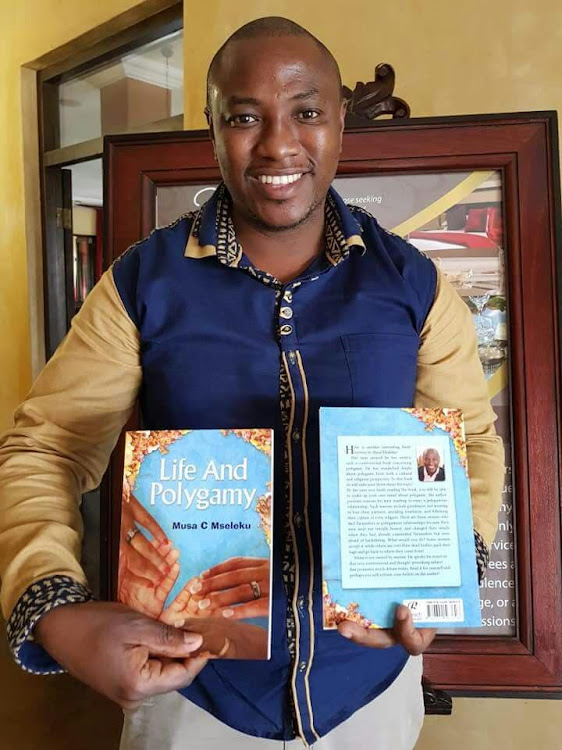 Uthando Nes'thembu reality star Musa Mseleku says that too many men are looking to polygamy to solve their marital issues and weaknesses‚ when it should actually be used to save the traditional family.

Besides starring in a TV show about his life‚ Musa also wrote a book to try to clear the air on misconceptions about polygamy‚ a kind of guide on how to do it right.

He told TshisaLIVE that polygamy is about restoring traditional family values and honouring women.

"Polygamy is about restoring family values‚ traditional values. You can't have this lifestyle if you can't maintain the one family that you have. I want to teach that we must protect the family we have rather than have more families."

Musa said he was worried when men told him they were taking on an extra wife because there were problems in their first marriage.

"They approach you and say: 'I want to take another wife because my wife doesn't do 1‚2‚3.' They base it not on cultural values but individual weaknesses. There is no proper education. It should not be used for bad intentions or to subject women to hardships or punishment."

He said too many people were "neglecting" their families and that he hoped that men would think hard before just deciding to take on an extra wife.

Musa and his four wives have sparked many watercooler and dinner table chats over their reality show and they recently revealed that the series will soon be filming it's third season.

"The show is coming back. There has been a lot of demand for its return. There is so much that is outstanding. We can film pretty quickly but it will probably come out near the end of the year or early next year."

Uthando Nes'thembu reality star Musa Mseleku may already have 10 children but, he plans to have at least 10 more.
Lifestyle
4 years ago

Musa Mseleku: I want to start foundations not political parties

Musa Mseleku may be one of the leaders in his community‚ assisting and uplifting his area but he says he is not tempted to join politics.
Shwashwi
4 years ago

Musa shocked to learn he's got a 'fifth wife'

Musa Mseleku was shocked to learn that the internet had given him a "fifth wife."
Lifestyle
4 years ago
Next Article