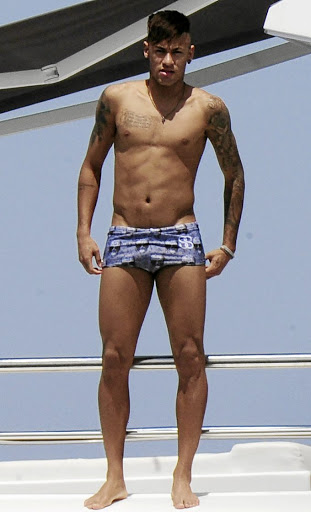 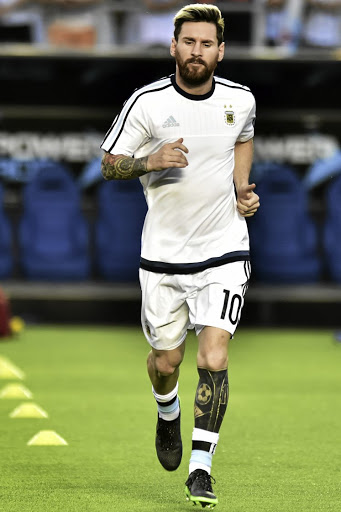 While the Chinese government has ordered their sportsmen to cover up their tattoos and wash the dye out of their hair as it's against their nationalist self-image, other soccer players at this year's World Cup are putting their best tattoos on display.

So while the Chinese boys run around covered, Puma took full advantage to be inspired by especially German Marco Reus's body ink.

They released an evoSPEED boot in black-yellow for kids. The brand's signage is strewn across the side and inspirational words such as "Hope" and "Dream" inspired by Reus' tattoos and consisting of a clock, a baby hand, his nephew Nico's finger holding chains which have the initials of his sisters (Yvonne and Melanie) and his parents (Thomas and Manuela) - signifying a bond that will never break - are inscribed .

Reus is also big on experimenting with his hair - from mohawk to skewed hair and shaved sides.

While you may be hoping to see heartthrob Cristiano Ronaldo show off his abs, he won't have any ink in sight.

The Portuguese goal-scorer is said to be against tattoos as he is a regular blood donor and is terrified of contracting hepatitis C, which can be contracted if the engraving tools are not cleaned properly. He also tends to keep his hairstyle fairly consistent with a comb over, fade or undercut on the sides.

The dribbler however, does get creative with colour from time to time, with thousands of young fans following his style.

His competition, Argentinian Lionel Messi, got his wife Antonella Rocuzzo's lips tattooed on the lower part of his abs, just above his groin.

He also has the hand prints of his son Thiago on his left calf and his mother's portrait on his back. Leo also has the number 10 - his jersey number - a sword, football, Jesus's face with a crown of thrones and a rose window inspired by the Sagrada Familia Church in Barcelona, printed on his body.

Brazil's Philippe Coutinho has many images on his frame, but the one that stands out is a Mickey Mouse tattoo on his torso. His wife Aine has one of Minnie. The couple, who have two children, got it for the amusement of their daughter.

Spanish left-back Alberto Morena has a huge picture of his dog wearing boxing gloves tattooed onto his calf. He also sports a panda wearing a bowler hat and monocle, a tiger in a bandana and an ape holding a gun, inked on him.

Raheem Sterling, who plays for England, had a backlash from angry fans recently when they spotted his M16 assault rifle tattoo which runs down his shapely calves. Objectors even called for him to be dropped from the squad.

Sterling, however, says the tattoo is a tribute to his dad who was killed in a shooting when he was only two years old.

Of his number 10 jersey, he says: "I've got a tattoo of it on my arm! It's something I've always wanted to do: wear the number 10 for England."

Brazilian star Neymar wears a crown for his son, several Portuguese sayings to symbolise his youthful joy and his sister's name as some of his body art.

Another Brazilian, Daniel Alves, has his arms adorned with Catholic images and his son's name emblazoned on his chest. But he also carries a regretful tattoo on his shoulder - the name of his ex-wife Dina, who left him in 2011.

Spanish star Sergio Ramos carries full sleeves with dedications to his parents and siblings, Japanese characters and a ghoul (demon in Arabian mythology) holding a football. His most impressionable work is that on his biceps, which carries victims killed in the US September 11 2001 attack and those in Spain on March 11 2004.

Xolile Mtshazo looks at the over-30s and 40s madalas.
Sport
3 years ago
Next Article