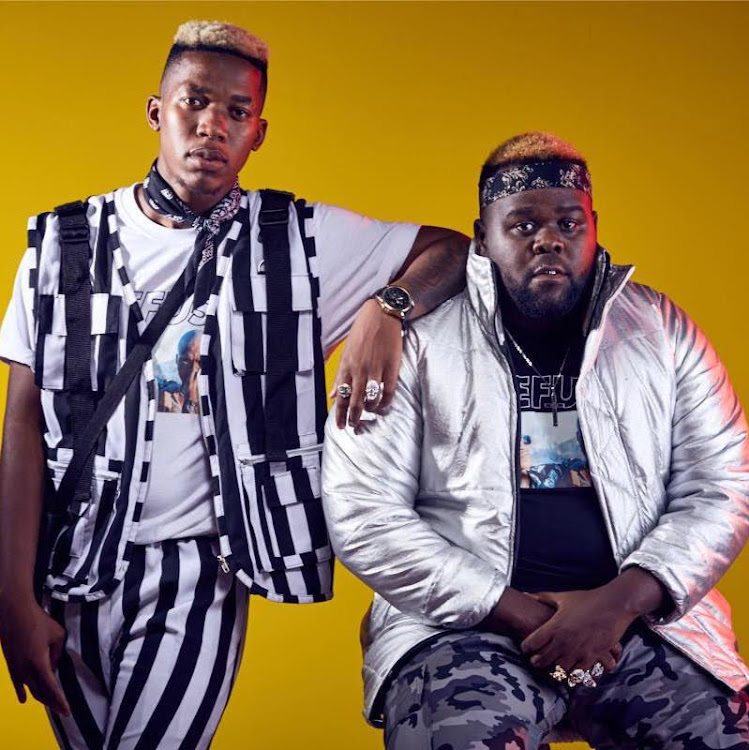 While Babes Wodumo’s Wololo may have been the song that kicked down the walls to expose the big sound that is gqom‚ the sound itself has been thriving underground from as early as 2011 and it was once considered rude. The Rudeboyz were there to witness all of it.

The gqom duo from Durban‚ known as Rudeboyz consist of Andile T and Masive Q and they had a chat with TshisaLIVE about being the unsung heroes in gqom uprising.

“Yes‚ most definitely‚ we are one of the few gqom originators. We basically took a chance and experimented with new sounds back in 2012. We would mix metal and rock sounds with our baseline which‚ to our surprise‚ was well received in Durban underground clubs.”

The pair‚ who take pride in understanding what actually goes into making a gqom song‚ say they believe they are one of the few gqom originators because they’ve always been the experimental types. They have been mentioned by people like Distruction Boyz as one of the pioneers of the growing sound.

Masive Q and Andile T may not be big on the mainstream front‚ but they are responsible for many hits that have left you dancing the night away on the dance floor. They are partly responsible for songs like Okmalumkoolkat’s Gqi andMidnight Starring by DJ Maphorisa with DJ Tira‚ Busiswa and Moonchild Sanelly.

Their own dance tunes include songs like Mercedes Song (featuring TD Snax)‚ Get Down and Gqom Originators.

Get to know the dynamic duo set on taking gqom to the world.

Where did you meet and how was Rudeboyz formed?

We are neighbours. We grew up together in Mount Moriah‚ a small township in the centre of Kwamashu and Phoenix. Our bond became stronger as we realised our common love for music production.

Where does the name Rudeboyz come from?

It's really funny how it came about because our immediate fans from our community starting commenting on the type of sound we were making. They called it rude as it was hardcore gqom. There were very hard hitting sounds which weren’t forgiving with mean baselines!

You guys say you've been there since the beginning of gqom?

We were doing gqom when it wasn’t popular‚ when some of the people jumping on the bandwagon today found it annoying. With that said‚ we can confidently say we paved the way.

What do you think about the gqom movement's growth?

It’s overwhelming to see how far the sound has come and how it was received at home and internationally. However‚ the struggle still continues because it would be great to have a stand alone “gqom” category at the South African Music Awards one day.

What makes your kind of gqom different?

Our gqom is different because it is experimental. It is multi-layered and tells the South African narrative through different sounds. We want to show the world that gqom is not a passing wave and this comes through a lot on our latest single titled Let it flow Ft Zameka.

What makes you Rudeboyz a force to be reckoned with?

We are a force to be reckoned with because we are original. We are musical creatives who have so much to offer the world.

What is the plan for Rudeboyz future?

Ours plan is to make our beloved country proud‚ just like the iconic Black Coffee‚ Culoe De Song and others who continue to position South Africa on the globe through their talent.