OPINION | Giving Robbie Malinga Jnr a reality show is just 'too much!' 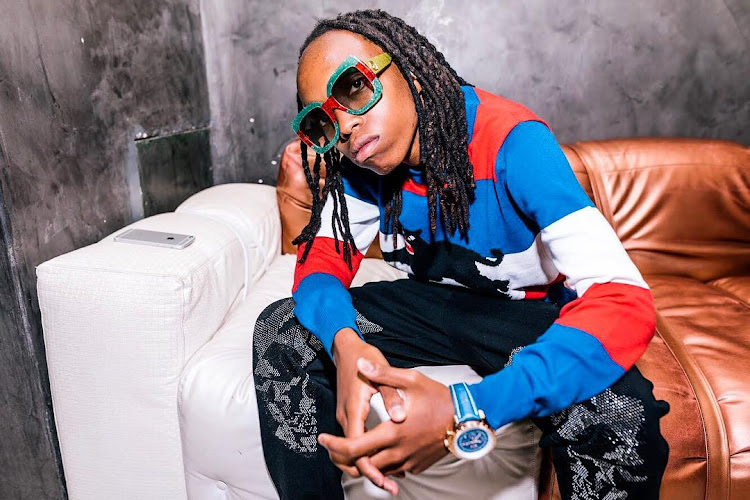 It's been just under a month since I got a text message from a close friend‚ the message in all caps read: "GO LOOK AT ROBBIE MALINGA'S INSTAGRAM PAGE!" What followed was many more text messages and social media posts from those in the industry who had worked with the late producer and many who had not. All of them wanting to know "what the hell was going on?".

Robbie Malinga's son‚ Robbie Malinga junior aka Rob Mali aka Mr 'It's too much'‚ has taken the whole of Mzansi on a roller coaster ride in the weeks after he took over his late dad's page unexpectedly. But as the ride speeds up towards a reality show deal‚ I am feeling a little sick and want to get off.

The big concern for many who saw Rob Mali's takeover was that he was filling his "humble and respectful" father's social media page with what they called "boastful" pictures of riches and luxury brands.

They complained that he was making a mockery of his father's legacy and trying to profit off his old man's work by just inheriting his thousands of 97‚000 strong followers.

Rob Mali was vocal in his response to the criticism‚ suggesting in interviews that his father approved of his lifestyle and that any criticism was disrespectful to him and his fledgling career as a rapper.

Its gona take me 50years to touch my dad's money.

Nigga stop that shit rn.The only thing I gained from my dad's death is freedom not money. His money is safe.. I'm balling with money.

Point of correction, I make more profit than what I use per day. Bye bitch #ItstooMUCH

"I was scared for my kids‚ man. My kids are so spoiled I make sure that I do everything for them‚" Robbie Malinga once told Sowetan‚ after surviving a health scare that had him fearing for his life.

When the Instagram pics started flooding in and Rob Mali started appearing all over radio and newspaper headlines‚ we understood just how spoilt he might have been.

Let's be honest‚ like it or not‚ young Rob Mali is living his life like most 17-year-old boys would given the chance. The cars‚ the designer brands‚ the hopeful rap career; those are the things high school WhatsApp groups are built on. The problem is when that is being amplified until kids his age think these are the only #Goals‚ when so many will never even step into a Gucci store.

Besides that‚ think of the parents who work themselves to the bone to sacrifice for their children and feel perhaps like they will never be able to measure up and give their kids half of what they see other kids have on TV.

Right now that pressure stays on Instagram‚ and the occasional interview‚ but if the boy is given a reality show that problem could explode into something so much bigger.

You see‚ we can't preach on social media each week about how Instagram "lives" are not real and are affecting young self-esteem‚ but at the same time embrace it when that lifestyle is put on TV.

There are whole campaigns trying to show the hard work and emotions that people deal with behind the glamourous social media pages: the grit behind the glam.

How do we deal with ourselves as a nation when we are depressed by what we see on social media but jump at the slight suggestion that someone who is flashing an over-the-top life should get a reality show?

Remember what happened to TV's last escapade into this space? Vuzu's reality show Rich Kids was often hit with questions over whether the kids were actually rich and not just pretending for the cameras.

One particular incident even saw the producers of the show issue an apology to viewers after it was discovered that one of the kids had simply went to visit his friend's house and pretended it was his. The desire for fame and to appear rich to their friends had become an obsession and led to a lie.

Nobody is accusing Rob Mali of lying about his riches or even telling him to stop living his life.

But when he rocks up to interviews pretending to drive luxury cars and documents every moment of his time in the Gucci store‚ it is clear that he is obsessed with fame. He got his 15 minutes of it and now that he is in the spotlight he needs to be more responsible.

And it shouldn't be up to a 17-year-old to do that alone.

His mother recently shared a quote about raising children that don't care about not being liked‚ some of her words were especially powerful.

"Don’t raise children that feel the need to please society to fit in or try hard to be liked. Raise confident God-fearing children‚ not society fearing low self-esteem children."

Hopefully Rob Mali was listening and won't give in when the reality show cameras come calling.

CEO of Bataung Memorials‚ Lebohang Khitsane‚ has revealed to TshisaLIVE that the redesign of Robbie Malinga's 7-ton 'tombstone statue' is already ...
Entertainment
4 years ago

Tears streamed down Kelly's face as she sang her heart out.
News
4 years ago
Next Article