Lerato Kganyago talks letting go of her 'grudge' towards her dad 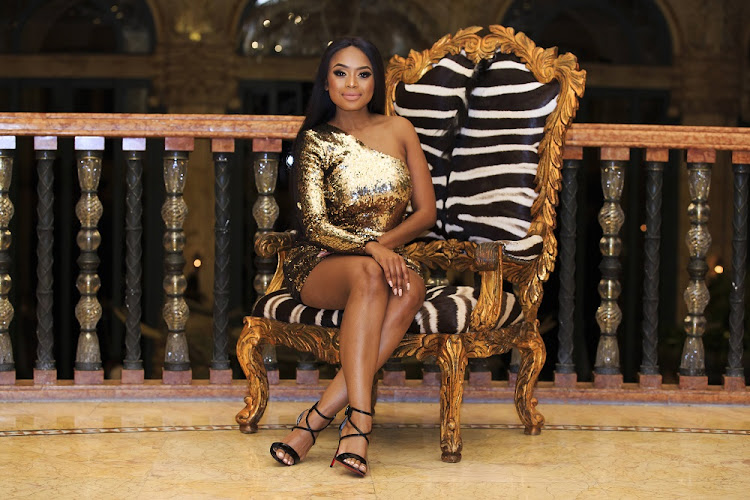 "The three days I was in hospital after I lost my baby‚ I kept staring at the door at the hospital‚ hoping he would walk in... he didn’t! We didn’t speak for months after that. I avoided going home because I was so angry at him... he ditched me again when I needed him the most!"

The presenter took to Twitter to share the story‚ hoping that her testimony would make people understand that celebrities also go through the most but everyone could make the choice to pursue healthy relationships.

She said her relationship with her father was never quite the same after that painful experience and it was only recently that she realised the toll it took on her.

Shugasmakx welcomes another bundle of joy

Proud papa‚ Shugasmakx and his wife‚ Linda Mothibe have welcomed another baby boy to their family.
Shwashwi
4 years ago

"I held a grudge again for so long... until the one time he called me after so many months and he said “I’m listening to 702‚ they talking about women infertility." I broke into tears because at that moment I realized he cared‚ but he didn’t know how to show me he did‚" she wrote.

Lerato went on to say that re-building her relationship with her father was one of the best decisions she's ever made‚ even though it was still work-in-progress.

"We don’t have a perfect relationship‚ but letting go of what had happened in the past freed me! Many years I longed for a father's love‚ though he was present physically... he wasn’t emotionally."

She advised people to love unconditionally and forgive those that wrong them for the sake of inner peace.

The day I let go of hurt, betrayal, pain, grudges, there was a major shift in my life...God speaks to me through so many ways, through my work, through people, even the ones I’ve never met.

Rebuilding my relationship with my father was the best thing I ever did for my SOUL. We don’t have a perfect relationship, but letting go of what had happened in the past freed me! Many years I longed for a fathers LOVE, though he was present physically... he wasn’t emotionally

So many great things were happening in my life... living the life Ive only dreamt of ...but there was ALWAYS one thing missing... My Fathers Love!!! I yearned for his Love and attention...His hugs without feeling awkward...

Our lives may seem perfect, but we are human too! We all go through trials and tribulations, but the most important thing is how we come out of them, STRONGER or weaker? It’s really up to you love ❤️

So I know it’s not easy, even when they don’t ask for forgiveness, forgive them to free yourself. Forgiving doesn’t make you weak it makes you stronger! G. Night ❤️