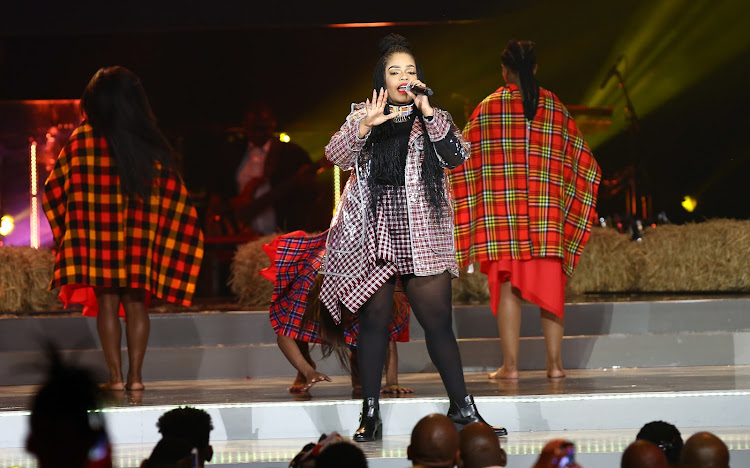 Shekhinah performs during the at the SAMAs held at Sun City.
Image: Masi Losi

Mirror mirror on the wall, who is the biggest winner of them all? Shekhinah of course.

The Idols SA alumni caused quite a stir by winning big in the top five categories tonight at the 24th South African Music Awards (Samas) that took place in Sun City.

Her debut album Rose Gold won her Album of the Year, Female Artist of the Year and Newcomer of the Year. Going into the night, she was the highest nominated with six nods.

House music maestro Prince Kaybee scooped Male Artist of the Year, while Afropop duo Mafikizolo received the gong for Duo or Group of the Year - on top of their Best Engineered Album win.

The First Lady of House,Lady Zamar, won Best Dance Album for King Zamar. She duked it out with DJ Ganyani, DJ Merlon, Prince Kaybee and Micasa.

"I would like to win all of them and that's only because I think the fans would appreciate it. For me the wins will mean that the fans get the credit because without them I wouldn't be around," she told Sunday World ahead of the night.

President Cyril Ramaphosa made a surprise appearance at the show and even presented the Lifetime achievement award.

All eyes were on flamboyant personality Somizi Mhlongo, radio/TV presenter Dineo Ranaka and comedian Mpho Popps as hosts of the night. Stars such as Penny Penny, Pearl Modiadie, Smash Afrika and Ntando Duma took to the stage to present awards.

Penny Penny shimmered on the red carpet in gold.

"It's my first time being invited as a presenter. I'm glad because they recognize me. I'm happy to see artists winning and people happy," he said.

"We don't have a lot of time when performing, so my performance of Collide is an interactive performance. It's fun," Lady Zamar said.

Mzansi's celebrities pulled out all the stops on the South African Music Awards red carpet at Sun City on Saturday night.