Nakhane explains why he ended his relationship with Jesus 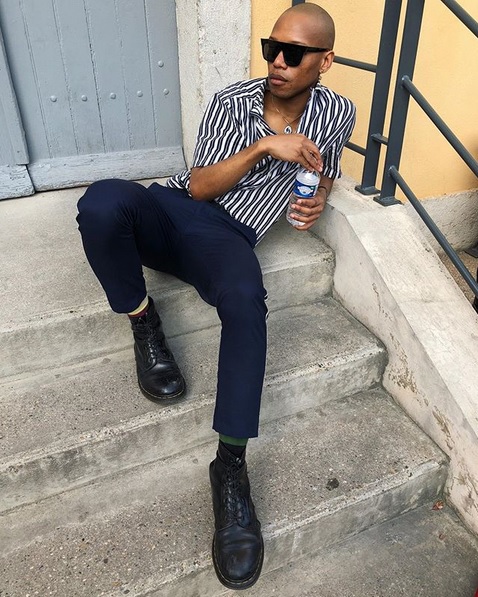 Chatting with Nakhane on Cliff Central‚ Gareth Cliff said he was in awe of how Nakhane was such a "21st century" man who has managed to unplug himself form categories that he says limits people.

He spoke about religion‚ nationality and sexuality‚ saying that Nakhane was not bound by societal rules.

"The choices that I have made and decided to stick to‚ were choices that were maybe forced upon me by circumstances. So‚ for me‚ I could either be me or conform completely."

AfroPunk US released their line-up on Tuesday night.
Entertainment
3 years ago

Nakhane explained how he gave up Christianity after deciding that he wanted to get in touch with his "animal nature".

"I tried to conform. Before my first album came out I was a very conservative Christian. I really tried to snuff out my idiosyncrasies. I really did. I tried for like‚ five of six years‚ and then the volcano just erupted."

He said it was a painful journey.

"It was unbelievably painful but I thought I was doing it for Jesus. I ended my relationship with Jesus Christ. We were happy for the first two years‚ but then I realised that there were other men out there. I mean‚ he does say he's jealous. That's never good‚" he said.

The 30-year-old singer said he only realised how truly different he is recently.

"I know that now and I've been meeting a lot of people. When you compare your decisions‚ which seem completely rational to you‚ and how people react to them‚ then you realise how different you are."

Nakhane is based in Europe for now‚ but told TshisaLIVE that he is always going to be a nomad.

"I have always been looking for a place to belong‚ but never really wanted to settle down and put down roots. Even when I was in South Africa‚ my partner wanted to buy furniture for our apartment or make some or other alteration to the place. I would just be happy living off the basics and going along with it all. I am a wanderer."

Listen to the interview below: