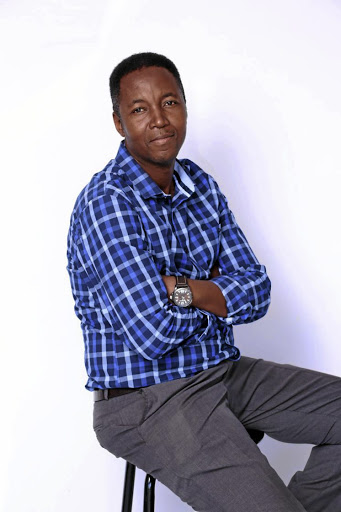 Mashabela, 45, will make his debut when he stars in the popular SABC1 youth education soapie Skeem Saam.

He will play the role of Setati, a client of motor mechanic Big Boy Mabitsela, played by Charles Maja.

Setati will face off with Mabitsela after discovering that the latter replaced the new parts of his car with old ones.

Mashabela's scenes will be beamed on the much-liked Sepedi soapie as from July 19.

The multi-talented artist could not hide his excitement when speaking to Sunday World about his first acting role.

"I couldn't believe my ears when I received a call from Mahuma Paul Rapetsoa that I got that Skeem Saam role.

" I kept on telling him that I was not in the mood for his funny jokes.

"But it finally sunk in when he repeatedly told me that I need to come to his offices and sign a contract.

"Although I used to act in plays when I was studying teaching, I never thought my first TV acting role will be in such a big series.

"This will open other doors that have been closed for so many years," he said.

Skeem Saam spokeswoman Sue Meyer confirmed that Mashabela was a new addition to their family.

"We can confirm that Mphoza will be making an appearance as Mr Setati.

Seasoned starlet is raising her game.
Entertainment
4 years ago
Next Article