Bonang to spill the tea on AKA split 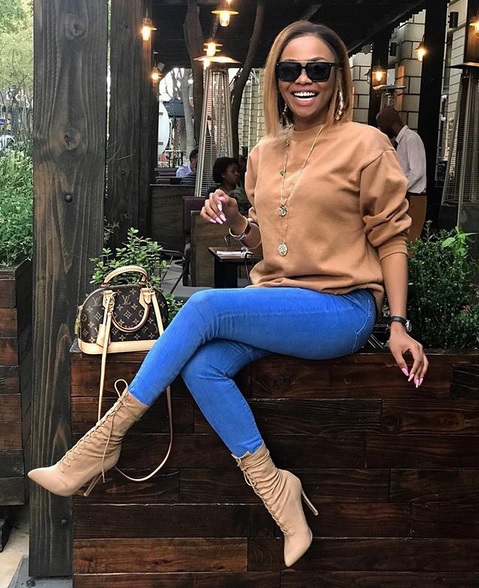 Bonang said she would never do a reality show again after her Being Bonang ended late last year‚ but here we are in 2018 and it seems that B has some tea she wants to spill about her life.

Bonang recently announced the return of the reality show but she told TshisaLIVE that the decision was really down to fan pressure.

"I was really overwhelmed. I got calls‚ texts‚ emails and inboxes every day from people I met and spoke to that asked me when the show was returning. I have thousands of messages and mails with people saying they will start petitions or do anything to see it return. So‚ after a while‚ I decided that I needed to do it. Sometimes you have to do things for the people who support you"

Bonang said that people have already drawn up their wish list for what they want on the show and‚ well‚ you know her motto: Give the people what they want‚ including the juice on her break-up from AKA.

Queen B announces return of Being Bonang

Being Bonang is set for a return with a second season. So, where is the champagne dahling?
S Mag
4 years ago

"They want me to talk about my break-up. They want to know where I am and what I have been doing. The thing is with a reality show‚ I can talk about things in my life on my terms‚ without anyone telling my story with me. It is what people are asking and I said; 'You know what‚ let me just do it. It feels right to share and this is the right way to do it.'"

But not everybody is throwing parties in celebration of Bonang returning to screens. There have been suggestions that she was simply doing a reality show because her former bestie‚ Somizi‚ was returning with his and she didn't want to be left behind.

Queen B hit back at the suggestion she was a copycat‚ saying it was important that she made the show different to what is out there.

"I don't think or worry about it (being labelled a copycat). I think that wherever you go‚ people will always say you copied this‚ but chances are that person also copied from somebody else. It is a ripple effect of going over the same things over and over again but in different phases‚ times and ways. All I know is that if I am doing something that someone has done before‚ it is important to do it differently because that is the only way I am going to stand out."

Bonang said that she is in a good space at the moment and focusing on projects both here and overseas.

"I spend most weeks out of the country and I am just travelling. I love seeing new people and being in new places‚ but South Africa is always home."

A glimpse of Bonang's winter distraction

There are two kinds of women in this world: ones who wear mismatched underwear and ones who know that there's summer and winter lingerie. If you are ...
Eye Candy
4 years ago
Next Article