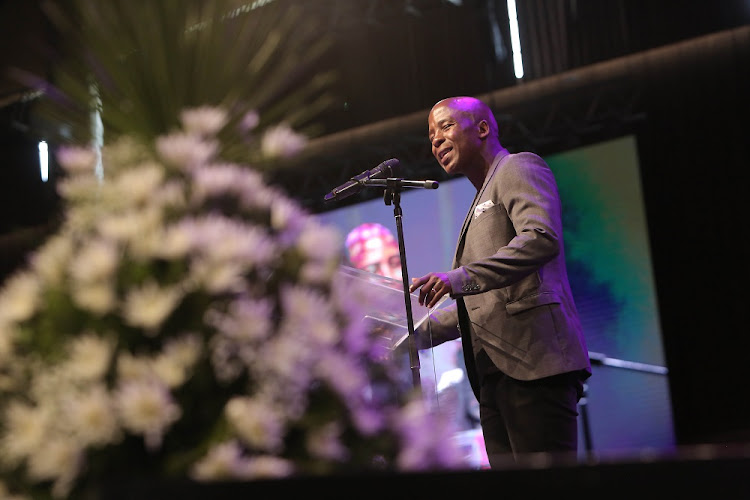 One of the producers who worked on Kabelo Mabalane's hit track‚ Amapantsula Ajabulile‚ has claimed that he has been left in the cold in a deal with SuperSport‚ despite others including Maphorisa‚ Professor and Kabelo getting the cash they deserve.

The song was picked up by SuperSport and has been used in their promotion and advertisements for several months.

The producer‚ Bongani "Bubzin" Cele‚ told TshisaLIVE that he worked with DJ Maphorisa and Clap as part of a trio of Kalawa Jazmee producers that produced the track‚ but was not paid for his contribution.

"We were working together on the track. We were supposed to split the royalties 20 percent each. It is written down‚ but I have not been paid. The split was for all deals‚" he said.

Kalawa Jazmee founder Oskido told TshisaLIVE that he was aware of the deal‚ but that it was not done through Kalawa.

A budding writer‚ Fikile Shabalala has been left heartbroken and has accused Mzansi Magic of "stealing" her concept for its latest show‚ Yobe‚ which ...
News
4 years ago

Kabelo told TshisaLIVE that he was paid for the deal and passed on the money to publisher‚ Sony ATV‚ to dish out to the other artists split. He said even after a discussion with Maphorisa‚ he was not aware that Bubzin was part of the production. He also disputed that each artist was owed 20 percent of the royalties.

Bubzin said that Maphorisa had contacted him early last year and told him that he had forgotten to put his name on the track‚ but it would soon be resolved.

Maphorisa told TshisaLIVE that Bubzin was part of the production but said the issue should be sorted out by Sony ATV and Bubzin.

"He (Bubzin) was supposed to follow it up. It is a publishing thing that needs to be sorted out. There is nothing I can do. It can be fixed."

Several attempts made by TshisaLIVE to get comment from Sony ATV were unsuccessful.

Meanwhile‚ Bubzin's manager Lindo Buthelezi said they had approached Sony but got no response.