Leleti Khumalo: I used to cover my white patches with make-up 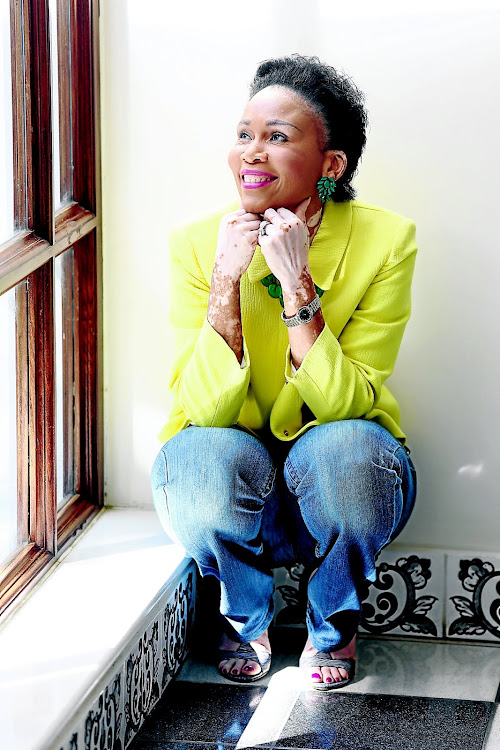 As a veteran in the acting industry‚ Leleti has earned her stripes and shown her natural beauty‚ even though she would often spend hours in the make-up room hiding the white patches on her skin.

Speaking to Drum she opened up about the affect the condition had on her life‚ and how it once left her depressed and feeling worthless.

But she has come back from that dark place and decided to show off her skin in her new series Imbewu (The Seed)‚ before hitting the road to give talks on it.

"I used to cover my white patches with make-up but for Imbewu I will not be covering it. My plan is to educate people about vitiligo. But I also don't want to do a half job. I'll be doing educational talks on vitiligo and I'd obviously want the talks to have an impact."

And it seems that she's had a massive impact on those with the same condition. Responding to a fan who thanked her on social media for speaking out on vitiligo‚ Leleti said it was important not to feel ashamed.

Leleti told Sunday Times in an interview that the industry was not very accomodating to people with vitiligo but said she was often asked why she was hiding it.

"Our industry doesn't accommodate things like this‚ and people do not understand because they don't know me like this. It is a matter of understanding and working with it. It used to affect me a lot; this industry is about looks. But now‚ I have accepted it."