All roads lead to Moria but watchout for cops 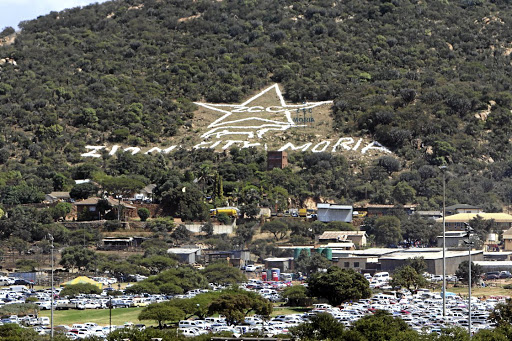 Four million pilgrims, from SA and other countries, are expected to converge on Moria for the Zion Christian Church's Easter gathering.
Image: Antonio Muchave

More than four million Zion Christian Church (ZCC) pilgrims and thousands of holiday-makers are expected to hit the N1 north to Limpopo this Easter weekend.

The two ZCC churches, represented by the star or dove insignia, are heading to Moria for their respective Easter pilgrimages from Friday to Sunday.

The pilgrims will share the roads with a throng of motorists who will be visiting the province to celebrate the Easter holidays with their loved ones and families.

The startling number was revealed by Limpopo Transport and Community Safety spokesman Matome Moremi on Friday after weeks of preparations to curb road deaths.

"Those figures were given to us by representatives from both churches in the meetings with them and other stakeholders as part of our preparations for curbing road fatalities in this period. There are people who will also be travelling from neighbouring countries," he said.

Moremi said they have adopted a no-nonsense approach to reckless driving and unroadworthy vehicles in their bid to reduce road fatalities by 10% .

"If you are caught speeding, you must know that your trip will be cut short.

"We are going to erect temporary vehicle-testing stations on the road and if your vehicle is not roadworthy, we will pull you off the road."

He also said the Road Traffic Management Corporation had agreed to donate reflective clothing to patrons who jaywalk after drinking at taverns.

"Last year the number of drunk pedestrians who were fatally hit by vehicles on the road because they were jaywalking was very high. That is why we will also interact and interface with tavern owners to sell alcohol responsibility to their clients to avoid the recurrence of incidents of this nature," Moremi said. - Ngwako Malatji