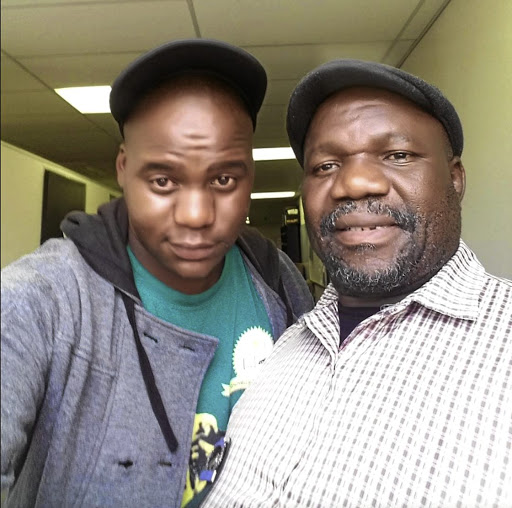 Mkhabela, 26, plays the character of a son of an alcoholic township mechanic and single parent, Big Boy Mabitsela, played by Charles Maja.

The actor said the character was the opposite of his real life as he grew up without the care of a father even though he knew him. He said his father aimlessly roamed the streets of Hlamalane village in Bushbuckridge, Mpumalanga, without taking care of him.

"I was raised by my mother. I never used to think about my father's absence in our lives until I was tasked to play the scene about Leshole going to initiation school. The scene made me realise how much a father figure is important in a child's life."

The star said he went to initiation in real life in 2007 and it was the saddest moment of his life.

Actress jets out in honour of Mandela
Entertainment
3 years ago

"My peers came with their fathers. I had my uncle. When I came back from the initiation school I was so sick my family could not even have a ceremony to celebrate my return. I just came back, ate and slept."

Mkhabela's small screen entry was similarly sad, as a quiet schoolboy from a poor family. His character instantly brought a lot of viewers to tears.

He said despite his runaway success in acting, his dream was to become a lawyer.

"I went to the University of Limpopo to study law. When I got there, they told me that the course was full and they placed me in the performing arts degree class. I took it," he said.

He said getting the role was unexpected. He was spotted by veteran actor Putla Sehlapelo, who plays Meneer Magongwa in the soapie, while performing at Miss Mankweng in 2015.

"He asked for my contact details after he praised me, saying I'm talented and that I should consider taking the craft seriously," Mkhabela said.

"The following week, I received a call from Skeem Saam that I should come to Johannesburg for auditions. I went, I impressed them and I got the role of Leshole. It was the start of my story telling."