Nqobile Ndlovu celebrates her victory over odds chasing her dream 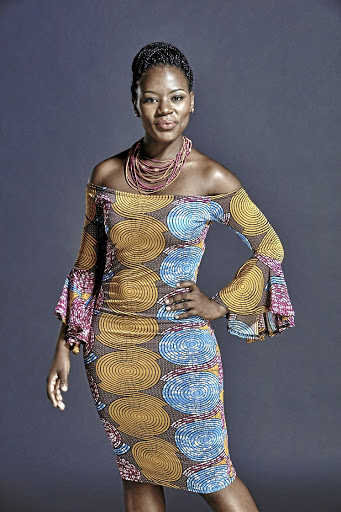 It has been a turbulent journey for actress Nqobile Ndlovu before managing to crack it into the big league of Mzansi's TV dramas and telenovelas.

The Mariannhill-born, KwaZulu-Natal, entertainer had to keep her many travels to Joburg for auditions a secret from her mom.

Now she is about to make it big on e.tv's new drama series Imbewu: The Seed, starring Leleti Khumalo.

"My mom thought I was attending my university classes, but I was skipping some for auditioning, as she wanted me to become a scientist.

"I was doing chemical engineering. I missed some classes for Uzalo auditions in Durban and I don't regret it because that marked the beginning of my journey as an actress."

Ndlovu, 24, eventually made her maiden TV appearance on the SABC1 telenovela Uzalo in 2015. She played a small role of a choir member because of her singing talent. The storyline was canned in the first season, only to return in the current one.

When she heard of the auditions for a young woman on the SABC1 drama series Ingozi in 2016, Ndlovu did not hesitate to pack her bags and board a bus to Jozi.

"When the auditions ended late, at about 7pm, I couldn't take a bus back home. Luckily I had a cousin who is a nurse in Mamelodi [east of Pretoria]. I asked around how to get to Mamelodi, and took two taxis to reach my cousin's place.

"As a young woman, I was scared, after hearing so many stories about the crime in Joburg, .but I risked it all to realise my dream."

It was only after she got the role as Nobuhle on Ingozi, after a few months of auditions, that she told her mom what she wanted to do with her life.

Fast forward to April this year and Ndlovu is due to make her debut on one of the most-talked about drama series to hit the e.tv screen where Ndlovu plays a lead role.

"Look mom I'm a star," Ndlovu laughed. "I told her I wanted to follow my dream. I wanted to be an actor. She was furious and fumed. I told her: 'Mom, I'm sorry but this is what I want to do'."

She moved to Joburg last year and is studying for her engineering degree through Unisa.