Black is the powerful colour linked to protest 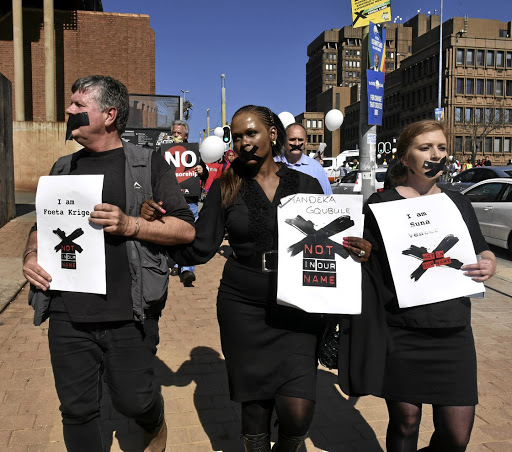 Often associated with death, devils and mourning - the colour black has slowly transcended to send a profound message the world over.

Johnny Cash once sang: "I wear the black for the poor and the beaten down, / Livin' in the hopeless, hungry side of town, / I wear it for the prisoner who has long paid for his crime, / But is there because he's a victim of the times."

Many have adopted his way of thinking and frequently chose the colour blackfrom a whole spectrum of colours to make a stand.

"To see all those players, with the captains linking their arms in front - it's a powerful picture."

It's been proven that when people stand together, in fashion solidarity, wearing one colour, it sends a powerful message.

Before the #MeToo campaign, South Africans started the Thursdays in Black campaign. Also to speak against gender- based violence.

Wearing black for this campaign was a symbol of strength and courage, representing solidarity with victims and survivors of violence, and calling for a world without rape and violence.

Wearing black focuses on ways that individuals can challenge attitudes leading to rape and violence, on a personal and public level. It provides an opportunity for people to become part of a worldwide movement which enables the despair, pain and anger about rape and other forms of violence to be transformed into political action.

We also had #BlackMonday, which highlighted farm killings.

Last year, SABC news journalists, in an open revolt against then COO Hlaudi Motsoeneng, donned black on a Friday to show their support for their fired #SABC8 colleagues. Black was in protest against the national broadcaster's censorship policies.

The "blackout" was organised without a paper trail and with such secrecy that it caught SABC bigwigs and viewers alike by surprise.

Although the Oscars snubbed women from wearing only black this year, a powerful demonstration of fashion in solidarity was at the Globes and Baftas as part of the #MeToo and #TimesUp campaigns.

Activist Tarana Burke is the founder of the #MeToo campaign, whose aim is to help those who had been sexually harassed and assaulted.

The hashtag came out last year in the wake of the Hollywood sexual harassment scandal, and subsequently a broader movement.

The #Time'sUp movement became an even bigger cause and said that wearing the colour black is serious, democratic and that everyone owns black clothing.

When white, to represent purity, was worn by a militant British suffragette women's group in 1908, it was seen to have racial undertones.

In 1978, another equal rights movement tried visual solidarity in white, but the colour failed to manifest itself as a symbol carrying a message strong enough to command attention. 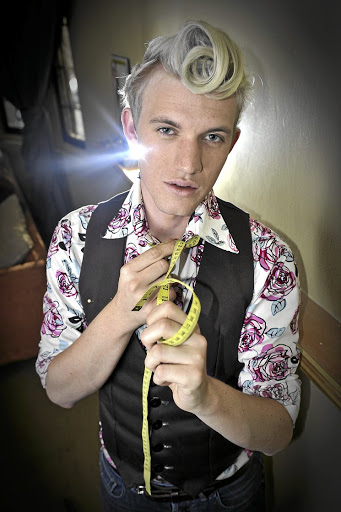 Classic, stylish and elegant, not only for mourning

Designer Gert-Johan Coetzee says historically black is associated with night and its darkness, and adds that South Africans associate it with evil.

"It carries a stigma. Personally, for me, it's a colour that never worked as a collection for me, it wouldn't sell," he says.

He says although it's old school to associate it with everything gloomy, sad and sadist, it's a lazy colour.

"That's not necessarily a bad thing. It's a colour you can pair with anything and it works. It slims you down. It's stylish when worn right. It's elegant and most outfits look good in black. Black and white combinations never go out of style. Also, when you do wear colour with a black ensemble, like a brightly coloured shoe or bag - that colour pops."

Coetzee says although it has more advantages than disadvantages, black is not a colour that photographs well.

"Actors asked to wear black to awards for the #MeToo campaign on the red carpet of the Golden Globes [were really classy] but thank heavens it wasn't a prerequisite for the Oscars this year.

"It makes a powerful statement visually as you see this blanket of all black and women saying no to abuse; but enough now. Let's celebrate. If you want to make a really loud statement about a cause true to your heart, wear red. It's bold, bright and striking; it's equally as powerful as black."

"It's not particularly a happy colour so it's fit for mourning. It's very serious, like the #TimesUp movement. It's true that colour conveys a mood," Flata says. He says the trend of wearing black at funerals started in the Roman Empire, and gained momentum during the Victorian era.

"We [Africans] adopted it and it became part of our culture.

"Black is very classic and elegant, I don't think it should be reserved for serious occasions." 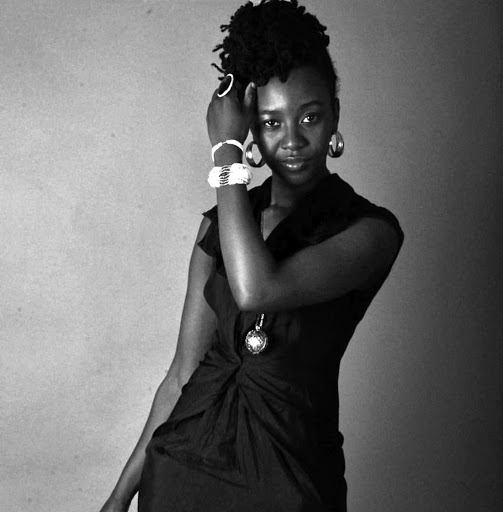 Lufuno Sathekge is a stylist who knows the beauty of black.

Celebrating the beauty it displays

Lufuno Sathekge - also known as Miss Brown of @_msbrownstyling - says she resonates with the colour as powerful, as she is a black Jew (Mulemba) by blood, with ancestry rooted in Venda, Limpopo.

She, however, feels the #MeToo campaign would have been louder in pink. "I'm not a fan of pink, but seeing as it's been associated with the female species for so long, we could have carried it through. Shout in pink or red for that matter. But a louder colour would have been great."

On the colour black's relevance, Sathekge says she does understand the power it holds and she'd rather use it as a celebratory colour.

The wardrobe stylist, who styled music videos for Mafikizolo and the likes of Letoya Makhene and Boity Thulo, says that a film she once watched showed a white, blonde woman's hair turning black when she falls on hard times.

"I think the West has influenced how we see the colour black based on their fear of the black man," she says. "So, by associating the colour black with all things negative, we all grew conditioned to it being black. But if you look at Asian cultures [not ones to be easily influenced by the West], they don't necessarily associate black with negativity.

"The Chinese, for instance, associate death and mourning with white . they associate black with heaven, and in ancient times considered black the king of colours. So I'd say the West and Western media can learn from them," says Sathekge.

Associating it with darkness also goes back centuries, where the influence of the church associated hell with darkness and white with heaven and purity, Sathekge says.

"Africa was colonised and religion played a big part in that. I honestly don't know much about the mourning period and wearing black. My family doesn't do that. My grandmother wore white at my grandfather's funeral and once he was buried, life went on.

"But I'd guess it's more a form of oppressing women than anything and marking them. I don't think men wear black when their wives die . I've actually never witnessed that. So, patriarchy?"

Sathekge says while she owns a ton of black clothes which she absolutely loves, her mother despises it. "I love it. Everything looks great in black, bright colours look amazing against black skin," she says.

"I love that the likes of Lupita, Viola Davis and @Melaniin_goddess are now seen as mainstream and beautiful." 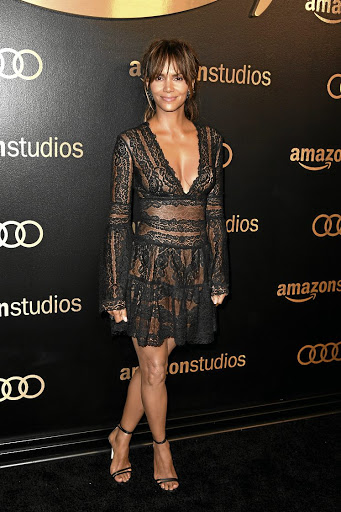 Scientifically, black symbolises the combination of all the colours of the universe.

All colours originate from black, which creates the rainbow of vibrant colours.

Why then, in the minds of many, does it remain a colour of gloominess?

History tells us that it was first used in Latin, as ater, and meant to darken.

The word was associated with cruelty, brutality and evil and was the root word for atrocious and atrocities.

Michel Pastoureau, author of Black: The History of a Color, says black has always stood for powerfully opposed ideas: authority and humility, sin and holiness, rebellion and conformity, wealth and poverty, good and bad.

"The archetypal colour of darkness and death, black was associated in the early Christian period with hell and the devil but also with monastic virtue.

"In the medieval era, black became the habit of courtiers and a hallmark of royal luxury," reads Pastoureau's book.

"Black took on new meanings for early modern Europeans as they began to print words and images in black and white, and to absorb Isaac Newton's announcement that black was no colour after all.

"During the romantic period, black was melancholy's friend, while in the 20th century black [and white] came to dominate art, print, photography, and film, and was finally restored to the status of a true colour," he writes.

Ancient Egyptians were clearly above the rest as they associated the colour with everything that was good. They believed it to be the colour of fertility.

They also believed that because Anubis, the black jackal god of the underworld, was black, he offered protection against evil to the dead.

The Chinese associated it with water, north, and winter.

In their culture black corresponds with the five primary elements, the directions, and the four seasons. 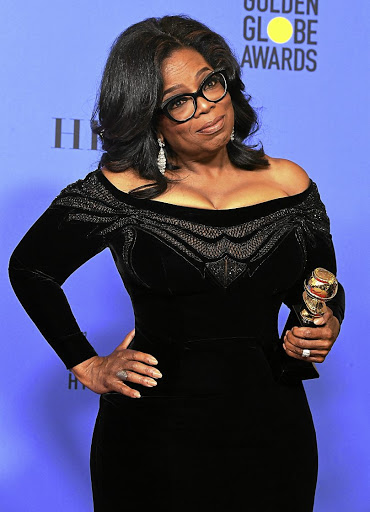 Maude Bass-Krueger, writer for Google arts and culture, says up until the 14th century, the finest cloth was not black. Instead it was dyed with red, blue, or purple dye.

Those of nobility donned colourful garments to show off their lavish lifestyles. Black took its crown of glory in the 14th century when high-quality black dyes were discovered. Magistrates and government officials adopted black robes as a symbol of their powerful positions.

Northern Italy's wealthy bankers and merchants took to black cloth and then even the nobles started wearing it. At the end of the 16th century, it was worn by most European monarchs.

Coco Chanel made it very fashionable with the birth of the little black dress. In 1927, Chanel created a series of simple black suits and dresses that were photographed in American Vogue.