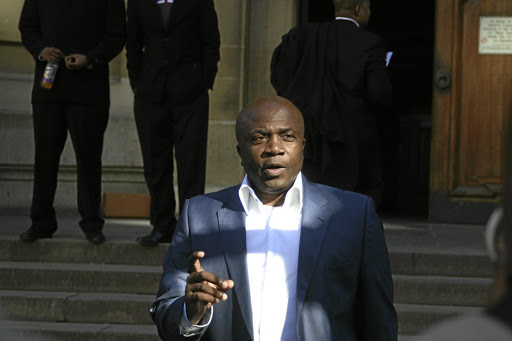 The feud between Chicco Twala and Bongani Fassie over the rights to produce a film about late music veteran Brenda Fassie gets more and more messy‚ with producers telling TshisaLIVE that delays in production have dented their bank account.

A court interdict stopped the project from going ahead until it was decided who had the rights to make the film was granted to Chicco last month and prevented the production company from holding further auditions for roles in the film.

Speaking to TshisaLIVE‚ Chicco said he hoped to meet with producers of the biopic‚ UK- based company Showbizbee‚ to discuss a way forward several times over the last month but was not able to. Producers said they were not interested in meeting with Chicco and would allow the matter to be sorted out in court.

While producers hoped to settle the matter by the end of April‚ their bank balance was still leaking coins.

"The delays are not good for anyone. It's a financial burden to us as well. We have 18 to 32 people working for us between the UK and South Africa. Those people need to be paid but the project is not moving forward. The longer the delays‚ the more it will hurt financially‚" Vaughn Eaton of Legaci Nova Entertainment‚ who represents the company in South Africa‚ said.

He said the situation was not at crisis level yet but they hoped to resolve the matter soon.

"These things take time and we are optimistic that the court will rule in our favour."

The biopic was set to be released later this year.

Brenda Fassie's son‚ Bongani has lashed out at music veteran Sello 'Chicco' Twala's attempt to block the making of a biopic about the songstress ...
Entertainment
4 years ago
Next Article