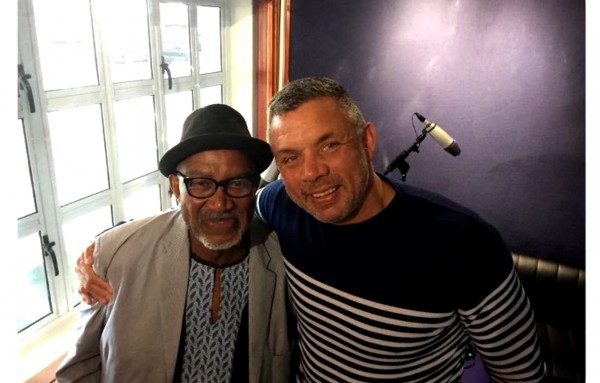 After being part of a viral trend courtesy of Mark Fish‚ legendary musician Sipho "Hotstix" Mabuse has said he doesn't hold Mark's ignorance against him and said Mark may have introduced him to people who never knew of him.

The legendary musician told TshisaLIVE it was all water under a bridge.

"I am firstly a human being‚ capable of making errors and mistakes like all of us. I looked as Mark's faux pas in that context."

The retired soccer player was ripped to shreds on Twitter for posting a picture of himself with Hotstix instead of Hugh Masekela.

Hotstix said Mark exposed his ignorance but he understood why.

In the months leading up to his death‚ Bra Hugh Masekela found love and comfort in the arms of a woman named Nomsa.
Entertainment
3 years ago

"Yes‚ it's ignorance‚ obviously. He probably doesn't know much about me. Perhaps if it was football he would have known the difference between Shakes Mashaba and Pitso Mosimane. So in that space‚ which is a foreign space to him I guess‚ he made that kind of mistake. Shame‚ for me it was okay. I didn't really take that much offence and‚ if anything‚ I guess it made me even more famous."

Hotstix‚ who also has an impressive social media presence‚ said that he hired a team to take care of his social media because he wanted his focus to be on music and mentoring young artists.

"I mentor young people because I know that seasons and times change. You will not always be hot in this space‚ which is why you must create space for the younger people to shine. I can't not share what I know with them."

Riky Rick on Bra Hugh's death: We didn't get a chance to complete our project

Riky Rick has revealed that he had the honour of working with Bra Hugh Masekela before his death.
Lifestyle
3 years ago
Next Article