Tumelo Ramaphosa: First Son has it all to be national bae 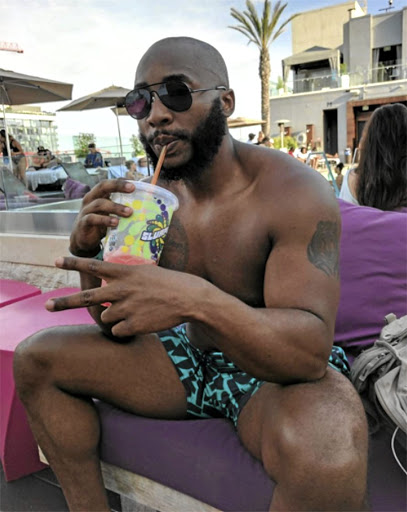 The president's son Tumelo Ramaphosa and the picture that rocked the internet in the past week.

The First Son, Tumelo Ramaphosa, has been crowned the new national bae.

He calls himself the Alpha Wolf on social media and adorns himself in tattoos, the latest being a claw of the Wolverine comic character.

With a beard strikingly similar to Lion King Mufasa's mane, it's clear why Ramaphosa knocked Mbuyiseni Ndlozi off his pedestal as the "hottest people's bae".

Ntsiki Mazwai placed photos of Ramaphosa and Duduzane Zuma side by side, calling them #presidential cupcakes.

@Rea_rebza replied: "I can give him a better head than Black Chyna #TumeloRamaphosa".

But Ramaphosa busted many a girl's bubble when he said he was a spoken-for man. He posted a few pics of the love of his life, Kelebogile Shomang.

Nkgono Neria tweeted, "R1 million bounty for anyone who hooks me up with Tumelo 'Yaka' Ramaphosa. "

To which he responded: "I am not interested, I have a beautiful girlfriend."

No time for games, it's nothing personal it's just business. The Lone Wolf

Based on his Instagram profile, he is gym fanatic with rugby player thighs and body builder biceps to show for it.

The 30-year-old is a man's man - not afraid to pet tigers and use a sniper gun - although he lives to protect animals from being shot.

He also has a crazy obsession with wolves - the kind we see in scary films. But the kid inside him has not died, as he writes about his yearning to purchase a Batman mural.

If you look close enough you will see he is the spitting image of a younger Cyril Ramaphosa, the man who fathered him.

Image consultant and fashion designer Dennis Maponya Manthata says he agrees with the many ladies who crowned the young Ramaphosa the new national bae.

"He is striking because he takes pride in his appearance and works out to have a well chiseled body which appeals to many. Also the fact that he is not a spoilt brat as he works two jobs and is also the founder and CEO of Studex Wild Life with a master's degree from Hult International Business School," says Manthata.

Based in San Francisco, California, Ramaphosa is way ahead of his time as his business is a cryptocurrency-based operation.

Cryptocurrencies, which recently earned global attention through Bitcoin, are digital currencies that operate outside of the central banks domain.

Ramaphosa's mission with his business is to preserve and protect endangered species from hunters, poachers, predators and disease by trading in the animals in places where they are needed.

Manthata says a picture speaks a thousands words, and just by watching his online posts he can tell that Ramaphosa is a dandy man with a bold sense of style.

My mother received her doctorate at Harvard. My uncle received his master's in law from Virginia. My brother @andiler received his MBA from Fudan in Shanghai and another at Stern New York. Today I receive my masters from Hult International business school San Francisco. #TheLastJediMasterKnight #AlphaWolf 🇿🇦

"He reminds me of hip-hop mogul Russell Simonds . He is nonchalant in his demeanor and gives attention to his personal appearance with the way he fuses street wear with formal wear," Manthata adds.

"I personally don't fancy tattoos, but tattoos have sentimental meaning for a lot of people and are still fashionable. They look good on him. I think the best tats are those that can be exposed sometimes or covered when there's a need to do so."

Manthata also says young politicians can learn a thing or two from this young entrepreneur.

"He is a metro male who takes care of his skin and beard which gives him a masculine and sexy look that many ladies find appealing.

"If I compare him to former president Zuma's son Duduzane, I think Tumelo is more edgy, yet sophisticated; he looks good whether in beach wear or out in the field or jungle. He also rocks formal wear.

"He is not afraid to push fashion boundaries. He can be dapper yet casual at the same time, by combining a tailored look with either a cap or beanie making him a style star to watch," says Manthata.