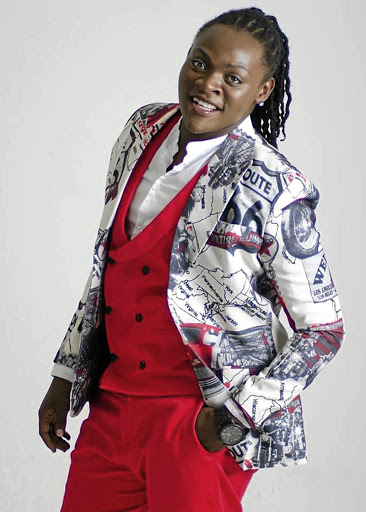 Men discussing love‚ sex and relationships? That's why Khaya Dladla insists his show has got the winning formula. And for the sake of your kid's ears‚ The Man Council‚ is aired late at night. Cause‚ adult content!

"The content of the show is amazing. One of the reasons I am part of the show is because it tackles those taboo topics around sex‚ love and dating that everyone wants to talk about‚ but ends up avoiding. The show also plays very late because kids should be asleep‚ it's that kind of a show‚" Khaya said.

The Uzalo actor is joined by radio presenters TBose and Naked DJ. Khaya explained that the discussions would not be deep enough to freak people out‚ however‚ the men and their guests do engage in a meaningful debate.

The producer of the show‚ Relebogile Mabotja‚ who doubles up as a radio presenter on 702‚ echoed Khaya's words. She added that although the topics may catch some people off guard‚ the way they are discussed the topics would win fans over.

A new talk show hosted by an all-male panel is set to debut later this month.
Entertainment
4 years ago

Relebogile said they started the pilot on Facebook live to see how people would receive a talk show hosted by men and one where no issue is off limits.

"We wanted to prove that in reality‚ men also have issues around love‚ sex and relationships. There are already many platforms where women are able to discuss such things and to help each other‚ but they haven't been readily available for men. So we created this platform with them in mind."