Mabika took long route from home for her break 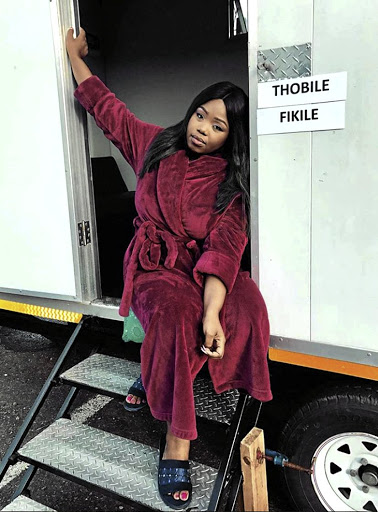 In chasing her dream to be an actress, Nokuthula Mabika applied to study at Wits University so she could find a way of relocating to the City of Gold.

Mabika, 29, who is popular for her character as Thobile on SABC1's Uzalo, said her strict father would not allow her to move to Joburg after graduating with a drama degree from the University of Zululand.

"Durban can be dry for the industry hence most actors and actresses move to Joburg. I had always wanted to move to Joburg for better opportunities but my father was against the idea.

"My father told me I needed to find a job first before I could relocate. I believed I needed to be there to be able to get work in the industry," she said.

She said she diplomatically defied her father by applying to study at Wits in 2013.

"My father allowed me to [go] and when I got here I told him the truth. He was mad at me but I knew he would come around.

"I started doing theatre productions and took gigs as a backup singer. My first prize was a break into TV," she said.

Uzalo actress Zinzi Zungu is back in limelight

Mabika admitted that life was sometimes rough for her in Joburg as she would go for weeks without jobs and lacked money to attend auditions. She said she never had an agency because she feared they would make her an extra.

"I always went for open auditions because I felt they would recognise my talent."

She auditioned for Uzalo in 2014 during an open audition at the Market Theatre in Jozi.

"I remember that day very well. I only had enough money to attend the auditions and nothing else. I was there at 8am and only got to audition at 7 at night. I nearly gave up."

She got the part and with Uzalo being shot in Durban, she moved back home.