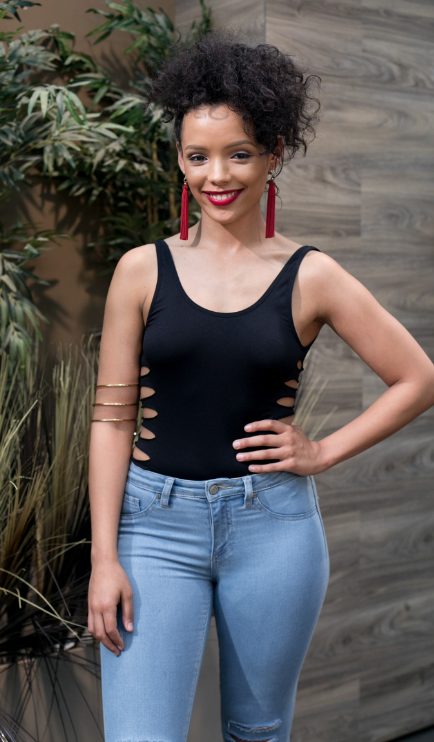 Just days after making her on-screen debut fans are already raving about Nicole Fortuin's character‚ Pam on Generations: The Legacy‚ but she doesn't want to be seen as a replacement for those who are leaving the show.

Nicole joined the show at around the same time it was announced that actress Thuli Phongolo was leaving. Thuli plays the role of Namhla on the show.

The pair's characters have been compared to each other by fans but Nicole said she wanted to carve her own path.

"I heard people saying that we are similar but it never crossed my mind. I met her on set but after hearing it from people I could see it. I don't think that I am replacing her. The characters' stories are completely different."

Nicole may be fairly unknown to most local audiences but the star has worked on several international productions including A Cinderella Story: If the Shoe Fits and another upcoming show on French broadcaster Canal + about a con-artist.

"Working on something like A Cinderella Story shifted my mindset. Having to work at the same level as international actors shifted my view of everything and showed me what was possible. I had to prove myself‚ that South Africans can do as well as anyone else in the world."

Nicole joined Generations as part of a coloured family‚ occasionally speaking Afrikaans on the soapie.

"To be honest‚ I knew the demographic of Generations but I didn't let it affect how I played the role. I think that it is exciting to see the integration of cultures and languages. We are moving to more of an inclusive environment and I am honoured to be part of that."

Nicole said she was aware of some coloured actors being typecast in the industry but she tried to avoid this as best as she could by taking on different roles from what she had played before.

Andisiwe Dweba is not leaving Generations to be a sangoma

Andisiwe Dweba would be bowing out of Generations: The Legacy.
Lifestyle
3 years ago
Next Article