Langa Mavuso: Music is how I say what I need to 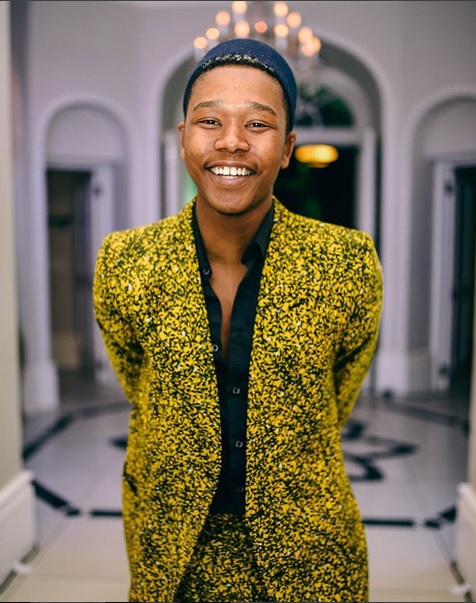 Langa Mavuso's rise to fame has been a learning curve that has taught him how much of himself to give to people‚ saying that he prefers to let his music do the talking.

The Sunday Blues singer recently had a sold out performance at The Orbit‚ Braamfontein.

Speaking to TshisaLIVE‚ Langa explained that the crowd he pulled and the love people showered him with helped him share vulnerable personal stories.

"I did my own music that kind of brought me back home to myself. My musical journey began in Braamfontein and the place is also where I had my first love happen‚ so doing my performance there was just fitting. It was a beautiful show."

Even though Langa's songs have a distinct theme of love‚ he was coy to share any details of his love life‚ explaining that he preferred to speak through his music.

Although his songs such as Sunday Blues‚ Love Six and Home are already firm fan favourites‚ he decided to also do a few covers that left the audience shocked at his vocal capabilities.

"I was told people had to be sent back because the venue was packed to capacity. I was amazed and it was quite an experience for me. I also decided to pay homage to my music icons from SA such as Hugh Masekela‚ Busi Mhlongo and Ladysmith Black Mambazo."

Langa shared that he had a eight piece band and the intimate audience allowed him to be free.

Langa said he's learnt to give pieces of himself through music but also to allow people to find themselves in his lyrics.

"For me it was really beautiful to be vulnerable and tell my stories that aren't always easy to tell. I share a part of me that people won't most likely get on social media. This time I gave them the back story‚ quite honestly and it's not always easy. I always try to keep the narrative in the songs incomplete‚ to allow the listener to finish the story themselves.

"Everything that I want to say and often struggle to‚ I channel into my music and that is why people should wait for my album. Music is how I say what I need to say."

At only 23 years old‚ Langa is the envy of many upcoming artists after he impressed Black Coffee with his vocals and work ethic enough to score himself a record deal with Soulistic.