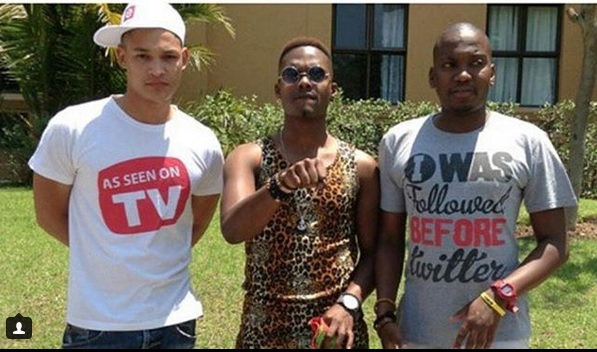 Actor Brighton Ngoma has revealed why he chose not to speak at the memorial service of his late friend Dumi Masilela‚ explaining that he felt the ceremony had been made into a media and political event.

"I was on the programme but I didn't speak because I couldn't. At the time I didn't understand the impact he had on his community and I didn't appreciate that it was such a huge media thing and that people were going up on stage and speaking‚ and it became sort of political thing. I didn't want to be a part of that so I decided to just be there and pay my respects in my own way‚" he told TshisaLIVE.

Dumi died in August last year after being shot in an attempted hijacking in Tembisa. His death sent shockwaves across the country and fans flocked to his memorial service in Edenvale‚ Ekurhuleni.

Brighton said that he never really appreciated how much of an impact Dumi had on his life.

"One of Dumi's talents was loving me effortlessly and so truly. "
Entertainment
4 years ago

"I hadn't realised what a powerful friend I had when he was alive. I almost took it for granted. He was very spiritual and a deep thinker. He was younger than me but he was like my uncle. He would constantly be talking about the industry and the way we need to make a positive impact."

He said that Dumi was both humble and selfless‚ constantly looking for opportunities to help people stay positive and happy.

Brighton credits his friend with being one of the few people to really look out for him in the industry‚ especially after he was swallowed by the pressure to keep up the "rockstar life" of a celeb.

The alleged triggerman in the botched hijacking of Rhythm City actor Dumi Masilela is off the hook for now.
News
4 years ago

"Without a doubt the most difficult part of being an actor is the fame. People struggle to separate the actor from the character and more often than not you find yourself (as an actor) not being able to stay from the limelight.

"In the beginning stages of my career‚ I felt an unnecessary pressure to have expensive things to show fans you are successful and fit their expectations of what an actor should wear or drive. You end up in debt and making silly mistakes. I experienced all of that"

He said he was brought down to earth by those close to him‚ who would tell him he was making the wrong decisions.

"They kept me in check and I was lucky because It is often hard to find genuine friends in this industry. They gave me perspective and helped me see what was real and what was not."

Even though dealing with the loss of a loved one is a heartbreaking journey‚ actress Simphiwe Ngema is determined to try her best to pick up the ...
Shwashwi
4 years ago
Next Article