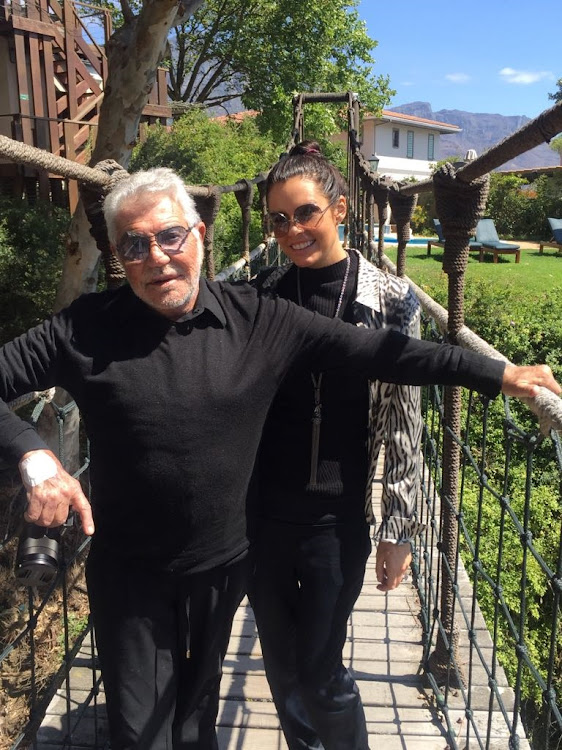 Italian fashion maestro Roberto Cavalli - also referred to as the Leopard King for his use of the bold print - is in South Africa. And it is likely that he could make contact with one of our majestic carnivores.

TimesLIVE has established that the designer and his partner‚ Sandra Nilsson‚ spent time in Cape Town last week and stayed at the five-star One&Only hotel.

The pair are set to visit a game lodge that is home to the Big Five.

Nilsson is a Swedish model and was Playboy's playmate for January 2008. Last week the 31-year-old was seen sporting an animal print shirt and black pants in Cape Town. Cavalli was dressed in black.

A local who had seen Cavalli described him as ''friendly''.

The couple were also spotted enjoying a meal at a well-known Camps Bay eatery.

In 2011 he was interviewed by Vogue and was asked whether he thinks leopard print is a "timeless classic or a piece of on-trend kitsch''.

Designer Tlale has big dreams for his fashion house

He plans to produce everything in house.
Business
4 years ago

"It's not really that I love to use animal print‚ I like everything that is of nature; anything natural that is around me. I started with flowers‚ in the beginning it was orchids; I enjoyed seeing the movement - and it's so white. It's sexy also. I play a lot with my small camera‚ and I started to appreciate that even fish have a fantastic coloured 'dress'‚ so does the snake‚ and the tiger. I start to understand that God is really the best designer‚ so I started to copy God‚" he replied.

Hats off to SA's fashion mentors