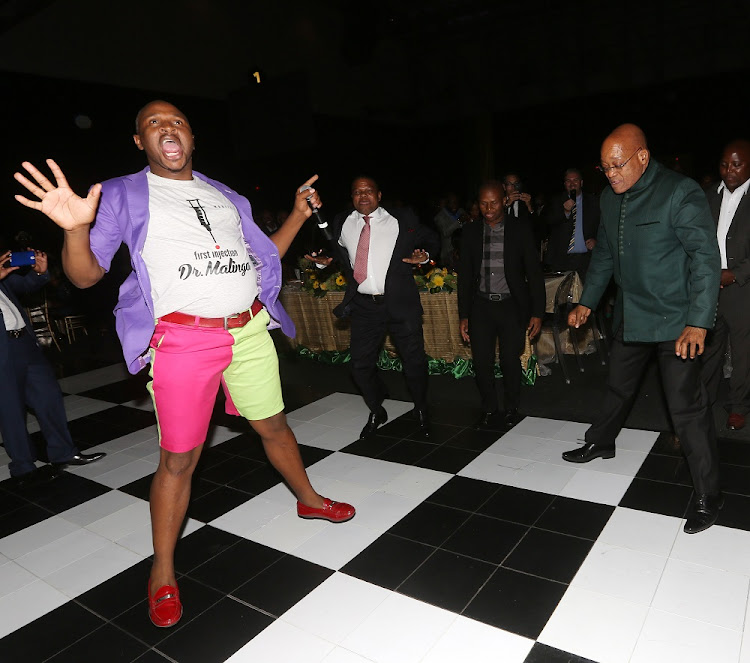 Dr Malinga has come out to shed light on why most of his December tracks follow a similar theme of evading sleep to party or to make money‚ explaining that it symbolises his hardworking trait.

Malinga told TshisaLIVE that at first he didn't realise it had become a "habit" to sing about a lack of sleep‚ but admitted that he's made it his own.

"I am a hard worker and to be honest I don't sleep as much as I should. I didn't even realise initially that my hits have that recurring theme but it's fine because who is going to achieve things like Lingas entertainment‚ Lingas water or Trackzone if I am busy sleeping?"

Rapper Shane Eagle has come a long way since he was eliminated in the top four of hit TV reality music competition The Hustle with his debut album ...
Lifestyle
4 years ago

They mean‚ 'We ain't sleeping'‚ 'We can't sleep' and 'I didn't sleep last night' respectively.

Dr Malinga said he made peace with not sleeping as much as he'd like to.

"There's so much work to be done and so many things to achieve. I will sleep when I am dead!" said Dr Malinga.

Thandiswa Mazwai on fame: You can't live according to people's expectations

Thandiswa Mazwai has been in the music industry for 22 years and seen a lot of change.
Shwashwi
4 years ago

And to prove his point‚ Dr Malinga has been hard at work cooking up a track with Limpopo artist‚ King Monada of Moreki fame.

Dr Malinga told TshisaLIVE that it was inevitable to ignore Monada's super star qualities and upon meeting him on one of his many trips to Limpopo‚ he suggested they do something together.

"He's a brilliant young man who released a hit that really impressed me. Moreki was really huge and Monada is a big deal‚ not only in Limpopo but in SA as well. So it only made sense for us to work together and the song we created is another December hit. We making everyone 'Cancel' their plans to join us."

It’s been eight years since musician Teepee last released an album.
Shwashwi
4 years ago
Next Article