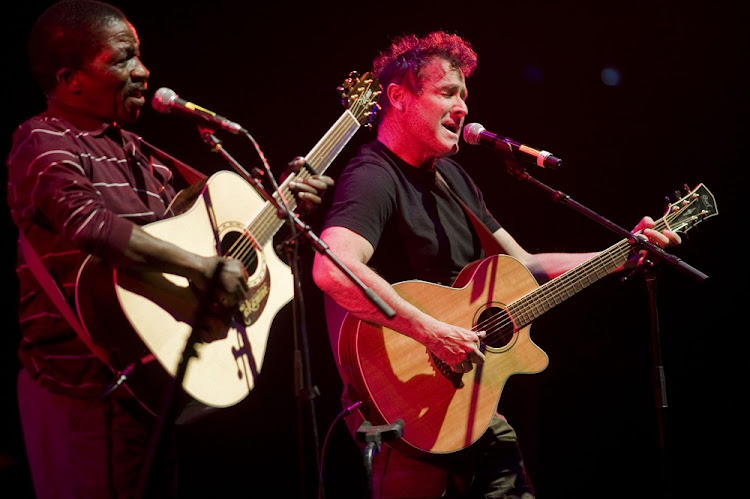 Just a few hours before he takes to stage for possibly the last ever in Johannesburg‚ legendary musician Johnny Clegg has said he’s anticipating a night filled with emotion for his Final Journey World Tour.

“I’m a Joburg boy; this has been my hometown since the age of seven. These are the people and this has been the course of my life. It’s going to be a bittersweet night‚” he told TshisaLIVE.

The 64-year-old singer announced that the Final Journey World Tour would be his last major performance before retirement‚ with a final performance in Johannesburg being added because of an overwhelming demand from his fan.

The concert will feature great musicians such as Prime Circle‚ Karen Zoid‚ Parlotones and the Soweto Gospel Choir.

Idols SA winner Karabo Mogane says all that glitters is not gold.He opened up about how he dealt with rejection from the crowd during his Unplugged ...
Entertainment
4 years ago

Although they have sung for global audiences including high-profile figures like Barack Obama‚ Nelson Mandela and the Queen of Britain‚ the Soweto Gospel Choir were most looking forward to performing with Johnny.

“I don’t think there is anybody in the world of arts that would ever refuse an opportunity to be part of Johnny’s journey. The man is humble and such a perfectionist where his art is concerned. We are so grateful to be mention in the same sentence as such a great man‚” the group’s Gugu Mbongwa said.

Johnny’s career has spanned over four decades with multiple hits such as Juluka and Spirit of the Great Heart.

Speaking to TshisaLIVE earlier this year Johnny said he felt “weird” to be at peace with the fact that this might be his last chance to say goodbye to his loyal fans.