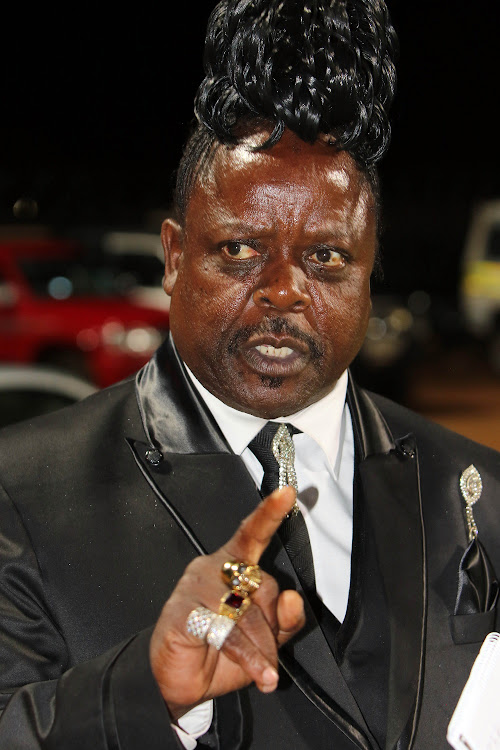 Reality TV star and musician‚ Penny Penny has a strong message for social media users who accused him of ‘body shaming’ his wife.

During a recent episode of his reality show Papa Penny Ahee some fans were in a huff‚ after the star told his missus he didn’t want a “boom boom wife” and just wanted a “boom wife“.

Some people questioned if Penny Penny’s statement was body shaming and commented that he apparently “always spoke down” to her.

Speaking to TshisaLIVE‚ Penny Penny slammed the claims‚ explaining the couple also joked with each other.

“The problem is that people like English and they don’t understand it. I enjoy my wife‚ my wife enjoys me‚ and we enjoy each other‚” he said.

Penny Penny said his wife didn’t have any complaints and didn’t see anything wrong with the statement.

In a bid to evolve and move with the times, Shangaan disco king Penny Penny is releasing a hot hip-hop song tomorrow.The song, titled Gold Bone, ...
Lifestyle
4 years ago

“I’m doing comedy with my wife and it’s not scripted because it’s a reality show and she is enjoying it. Everyone must joke with their wives‚ I’m not a buffalo to my wife. I love her and she loves me‚” he said.

Penny Penny added that people always like to attract negative energy even when something is none of their business.

After what seems like a lifetime‚ Tsonga music icon Penny Penny’s reality show is finally returning to Mzansi Magic tonight (Wednesday) and he’s ...
Lifestyle
4 years ago
Next Article