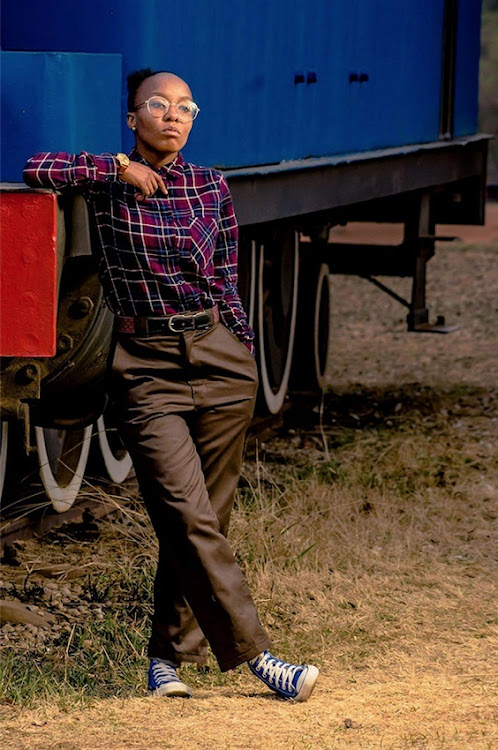 Tjovitjo actress Lebohang Tsoari has hit back at critics who came down hard on the new SABC1 drama series, saying they were speaking from their lofty suburbs and have never experienced township hardships.

Tsoari, a dancer and actress from Soweto, was reacting to the cold reception that the new show received from viewers, who expressed their frustrations through social media.

The tone of the complaints was that the script was not convincing and the acting was superficial and failed to depicting the real kasi lifestyle.

As one of the protagonists, Tsoari, popularly known by her stage name Lebo T, was adamant that what the show portrays was real pantsula culture and lifestyle.

"People who've never experienced living a kasi lifestyle or grew up in the suburbs cannot judge this drama. They can't relate to it, to the culture and the gangster way of life.

Tjovitjo recently became the most popular drama series on TV‚ with more viewers tuning in to the show than for local TV cult classics Yizo Yizo and ...
Lifestyle
4 years ago

"Almost all members of the cast on Tjovitjo are from ekasi, we're authentic and live the pantsula dance lifestyle. The cast members grew up in ekasi, including myself. We are sincere and true to the dance as a form of art. If you haven't had the experience, you won't even understand the storylines because every episode has a different theme to it.

"As kasi dancers we're also hustlers. We must go the extra mile for us to get gigs. You can't perform an imitation of the pantsula dance, otherwise you'll be exposed as faking it. It's a way of life, even the acting is part of the kasi way of life."

Tsoari, 26, a member of a Soweto dance crew and hip-hop artist, was spotted while performing with her group four years ago.

"This guy approached me and told me that there were moves to shoot a movie. I didn't know at the time it was going to be Tjovitjo, based on crime and the popular pantsula style of dance.

"I didn't take him seriously until I was invited to pantsula dance and acting workshops early this year. I haven't done acting for TV before, except during my teen years. Even then it was not professional. Tjovitjo is my first big gig."

She is surrounded by male pantsula dancers and the story-line revolves around a group of youngsters, growing up together and enduring hardships.

Tsoari said Tjovitjo was the name of a township characterised by rival gangs like AmaVandal and Izikhothane, comprising cliques of kings and queens of pantsula dance.

She is also a businesswoman, owning a hat brand called Maru.

� Catch Tjovitjo on SABC1
every Sunday at 8pm