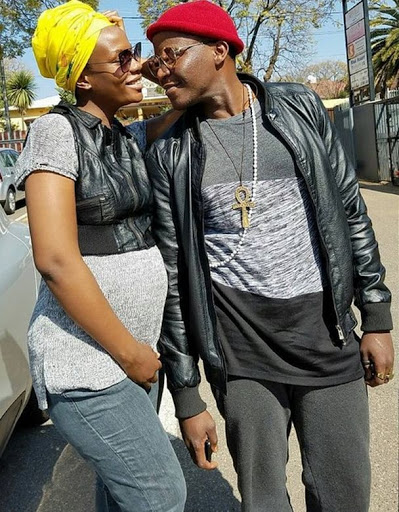 Actor Khulu Skenjana has played dozens of characters in his acting career but says his finest role is being a dad to his two daughters and husband to actress‚ Mona Monyane.

“If you had told me five years ago that I would one day be married with kids‚ I wouldn’t have believed you. I used to think that being single and a bachelor was the dopest thing to do. Now I realise the dopest thing is being a husband and father‚” Khulu told TshisaLIVE.

Khulu‚ who plays the role of Caesar on Mzansi Magic’s reality show The Imposter‚ met Mona two years ago and said he instantly knew that she was his soulmate.

“It was her spirit that attracted me. In the last five years I have been working on my spirit and meeting her there (in his spirit) was an instant and undeniable connection. Soon after meeting we discussed the spiritual connection‚ and our beings‚ and acknowledged that we both felt the same thing. My life has become better since meeting her. There is truth in the saying: ‘He who finds a wife‚ finds a good thing’“.

“I keep asking myself why it took me so long‚ but I know Mona coming into my life is what took me so long. At times‚ I look at my daughter and think I couldn’t have started this soon. I wish I had‚ but that is how good it feels to be a father‚” Khulu said.

With another daughter on the way‚ Khulu said that he was rushing around to make sure Mona was comfortable and everything was ready for the baby.

“I am obviously excited about being a dad again. You just can’t get over the feeling‚’’ he added.