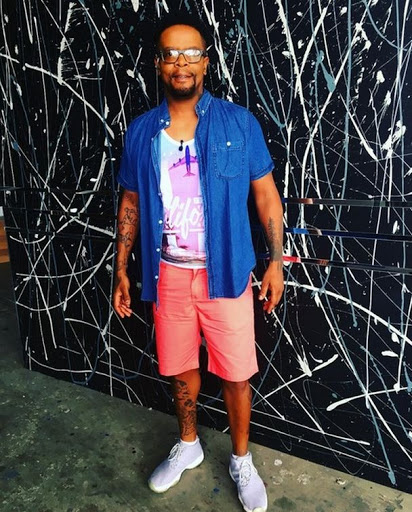 Trevor Gumbi doesn’t expect people to be surprised over his decision to express his divorce journey through a comedy tour‚ reasoning that he’s always looked to real life situations for inspiration.

The comedian told TshisaLIVE that just as he created a TV show out of his drug addiction‚ he saw no issue with creating a comedy tour from his divorce experience.

He said he felt he needed to spark a dialogue around divorce.

“South Africans are very conservative... nothing much changes in that kind of setting. We don’t talk about stuff. Instead we sweep them under the carpet. Generation after generation‚ we go through the same things‚ but don’t know how to deal with them because our parents didn’t talk about it or teach us how to deal with such things. But divorce happens‚ it’s part of life.”

The comedian said both his parents and Lucille’s parents had gone through a divorce. He said he wished they had opened up about it and‚ perhaps‚ that may have prevented him divorcing as an adult.

“I’m speaking about my divorce as a love story. A process in which love is lost and love is found.”

He explained that just like any big life event‚ he and his wife dealt with their marriage and the end of their marriage‚ before he found humour in it.

Trevor gave an example of people that go through bankruptcy and heartbreak‚ saying many that have gone through it go through a similar process.

“Lucille and I have been seperated for almost two years now. In that time‚ it taught me to sit and experience all the pain that comes with separation and divorce. I had to confront it and deal with it. Now that I have dealt with it‚ I am able to speak about it‚ find humour in it and teach through it.”

He said other than laughter‚ he hopes people learn that love is the ultimate thing to have.

“I want people to know that love is the one thing that keeps us going. It is important and exists all around us. We need to learn to be in love‚ even if it’s not a relationship‚ be in love with reading or learning. Just love‚” he said.

Trevor plans on taking The Divorce Tour nationwide but will release those dates later.

The Divorce Tour will start at Silverstar Casino on November 4.