The Wound bags another international award 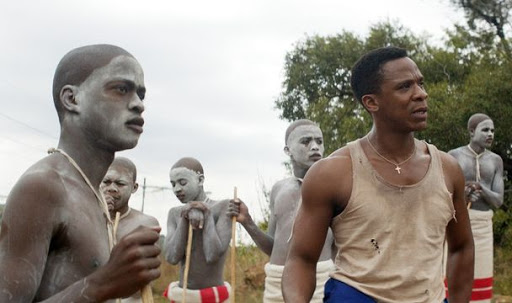 Local film The Wound (Inxeba) has bagged the Best First Feature Award at BFI London Film Festival‚ showing no signs of slowing down with its ongoing winning streak.

Director John Trengove‚ who accepted the award singled out Nakhane in his acceptance speech for “embodying” the role he played.

“I’d like to single out one person tonight. Nakhane Toure‚ our lead actor. It’s the most rewarding part of what I do‚ when I’ve struggled with a character on the page for so long‚ to one day be standing in front of that person‚ in the flesh‚ embodying everything I imagined and so much more. And‚ in the case of The Wound‚ this moment also became a political act.

“We created a character who mirrors the experiences of marginalized queer South Africans who have been erased from our cinema for far too long. This is our greatest achievement. Thank you Nakhane‚ for making these images with me‚” he said.

Producer Elias Ribeiro and Cait Pansegrouw told TshisaLIVE that the cast and crew were very excited over the continuous love and support the film has been getting from international audiences.

The film is centered around a homosexual love story told entirely in isiXhosa‚ mainly set at an initiation school‚ which has attracted both acclaim and criticism from traditionalists.

The Wound has been selected as Mzansi’s entry for the 2018 Oscars and has already won the Outfest International Grand Jury Prize in Los Angeles‚ won Best Film and Best Actor at Cinema Jove‚ the Valencia International Film Festival and has been screened at various international film festivals to date.