Choice of adoption over baby's abortion 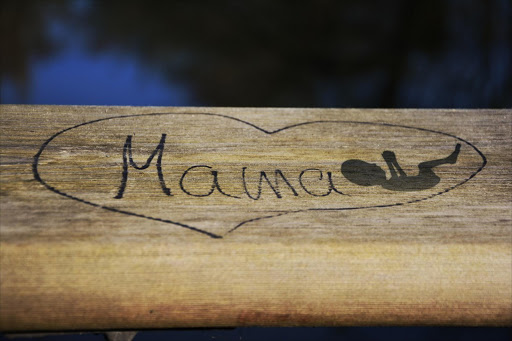 While child abandonment numbers continue to soar in South Africa, good Samaritans are trying to curb the crisis.

Social worker Rae Bagus, who is pro-life, has saved hundreds of babies from being aborted or ending up in the dumpster.

"I have witnessed a lot of parents forcing their children to have abortions, citing that they will not be able to take care of the children. Although it is an understandable reason, I felt there was something I needed to do to stop the trend, I'm very much pro-life," says Bagus, director of Lil Choices.

Bagus says she started putting the word out there that she can help mothers who felt they had no other option except abortion - legal or backstreet.

"Women came forward as I hoped.

"Their reasons are always the same ...either the father of their babies does not want the child or they cannot afford to care for the child financially."

Girls who have no homes are allowed to stay at the facility.

Bagus helps them by making sure they go to clinics for checkups.

She relies on donations to get medication for the mothers, food, clothes and so forth to see them through a healthy pregnancy.

They speak to the women about adoption and how the process works.

For the girls who decide to keep their children, they are taught how to care for them.

Bagus also works hand in hand with qualified psychologists and other adoption social workers who educate these girls about the various processes.

"The mothers are from all over Gauteng - Florida in Roodepoort, Soweto and Katlehong. Most of these young women are chased away by their parents for falling pregnant. Many of them are scholars," says Bagus.

Bagus has also helped older women who already have other children and just can't see how they will find the means to feed another mouth. .

A mother of four from Soweto, only known by Sarah, says the organisation was extremely helpful to her when she didn't know what else to do.

"A friend of mine told me about Lil Choices, I was sceptical about it first but I had no choice because I knew I will not be able to afford the fourth baby," says Sarah.

"I went during my last trimester. Bagus told me they can help me, but I could not stay there as I have other children. But they put me in their outreach programme."

Bagus says Lil Choices does not have an official home yet but at the current facility, she is able to house six girls.

In the 18 months since the organisation started, Bagus says she has saved 38 babies.

"Most of them [the mothers] come during their last trimester. Probably the time when they have decided to give up their babies."

Outside of the organisation, she says she has saved about 250 babies.

A 19-year-old from Roodepoort, who gave up her baby to Bagus, says she wanted to abort the baby.

"The father of my baby gave me ultimatums. To either abort the baby or go to hell. I wanted to have the baby but, without financial support I was not going to manage.

"I asked around about abortions but they were expensive and the other places I have been to were scary. I did not feel safe," she says.

With Lil Choices' help she was able to give her child to a deserving family who could take care of the child.

Bagus says the organisation also gets some women from homes of safety and of the 38 babies whose mothers were cared for in Bagus' house, 37 were adopted.

"One mom kept her child," she says.

Bagus says her desire is to have an official home where she can house at least 25 to 35 girls at a time.

"There are many couples who want babies while at the same time, there are many women who abandon children because they cannot afford their children. but we want these girls to know that it's not all doom and gloom.

"Don't discard or kill your unborn children. The organisation is pro-life, and we would like to save babies," she says.