When love is truly blind to race 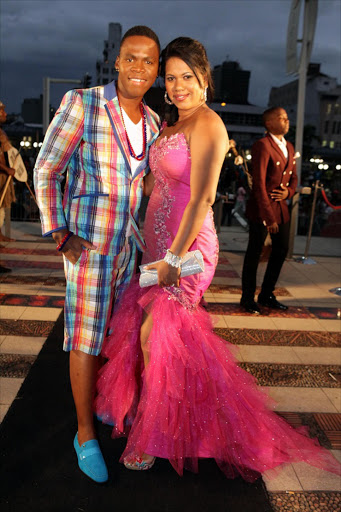 Long gone is the notion that for two people to fall in love, you must be of the same creed, colour and race.

The heart wants what it wants - even if your family disapproves.

Bafana Bafana legend Matthew Booth and his African queen Sonia tied the knot eight years ago in both a traditional Tswana wedding and conventional white wedding.

"I did the traditional wedding and flew my family up from Cape Town for it. I also paid lobola for Sonia. I found out from Sonia's family that it was very important to complete the process," says Booth.

"She was very understanding of me. She understood that I came from a different culture and that made things a rather smooth process," he says.

Sonia's culture is very important to Booth and vice versa.

"For my children there isn't much to follow from my side, seeing that I am English. From my wife's side we do stick to her traditions."

Booth says one example is, when they buy property or cars, they slaughter an animal to get blessings from their ancestors, a custom largely abandoned in European culture but which remains enduring for Africans.

Singer LeAnne Kistan-Dlamini and her husband Sipho Dlamini only had a white wedding.

"We have so much respect for the Ndebele culture though - from which he comes. But my husband, who is originally from Zimbabwe, was raised in London and has somewhat become Westernised. Both of us being Christian we were happy doing just the white wedding."

During the whole process there were no fights or disagreements that occurred. It was smooth sailing all the way through.

"We were so happy because everyone embraced one another and everyone certainly got along," she says.

The couple tied the knot 11 years ago and celebrated their 10th anniversary in the love capital of Paris last year.

"When it comes to our children, I want my daughters to be aware of their roots. We want to incorporate both English and African languages at home. I want them to know that their dad is of Ndebele descent. They must be proud of who they are."

Singer Lloyd Cele and his wife of Indian descent Janice were recently blessed with baby No 3, a girl.

Both being strong Christians, they also opted for a white wedding.

"Although we went Western I honoured the bride's father in other ways," Cele says.

He says at the beginning of their relationship 15 years ago, things were rather tough.

"There were certain things that I had to adapt to in my wife's Indian family and I certainly adapted well. I had to earn respect in her dad's home and I did," says Cele, who is Zulu.

He notes that mixed-race couples are increasingly being accepted in society.

"We cared too much about what people thought, but being married for 10 years now, we are more in love than ever."

He wants his three children to know they are Christian but also to embrace his Zulu culture as well.